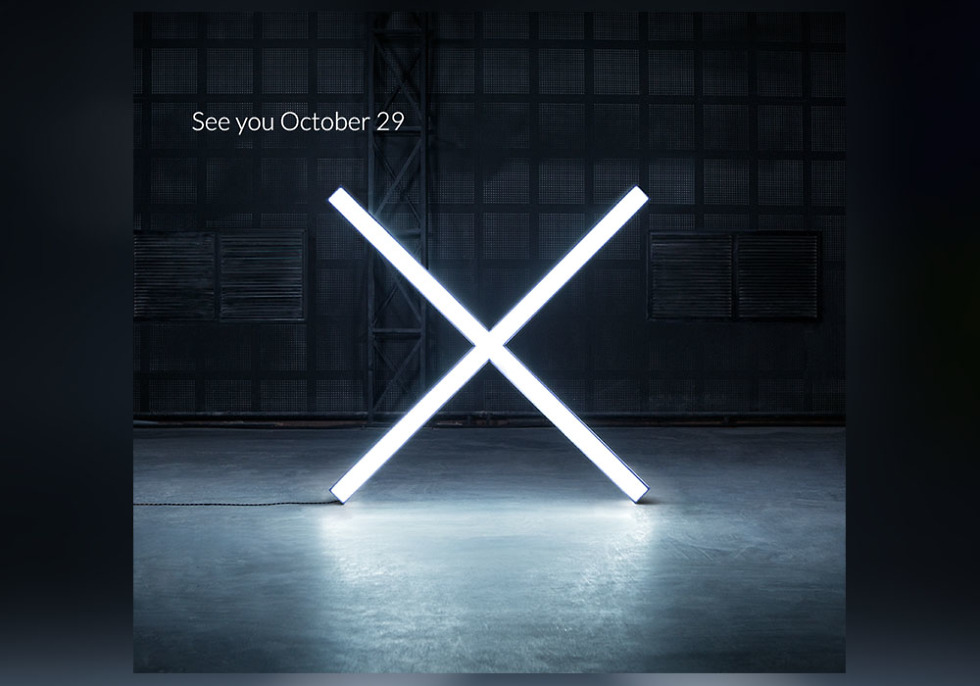 OnePlus has begun teasing some sort of event that will take place on October 29. We would imagine that they will show off a new phone, more than likely the rumored OnePlus X (or OnePlus Mini depending on the day), which has been rumored and discussed on numerous occasions over the past couple of weeks, outside of the confirmation from OnePlus that one will arrive before the year is up.

Through a post on Twitter this morning, OnePlus has shown us a lit up “X” along with the hashtag #PowerfullyBeautiful and “See you October 29, London” line. Yep, a giant lit up “X.” OnePlus X? Probably, assuming this isn’t OnePlus just buying into hype created by the internet to half-troll us all. But yeah, it seems like a teaser for the OnePlus X/Mini that has been seen through certification houses like the FCC and TENAA. We even have pictures of it here.

What is the OnePlus X? Well, we expect it to be a smaller take on the company’s OnePlus flagship. Benchmarks and other sources show it as having a 5-inch 1080p display, MediaTek MT6795 64-bit octa-core processor, 2GB RAM, 2450mAh battery, 13MP rear camera, and maybe even NFC (not holding breath on that one). So it still should be a fairly high-end phone, only in a smaller body than the OnePlus 2.

I couldn’t tell you what the deal is with the London reference, though. Is OnePlus hosting an event in London? It sure sounds that way. Will the phone still come to the US? It did hit the FCC, so it should come this way. Also, OnePlus likes selling to the US and so it seems likely that this phone will come this way, likely via that same shitty invite system they seem to continuously use as a crutch for not being able to produce phones in a timely manner.