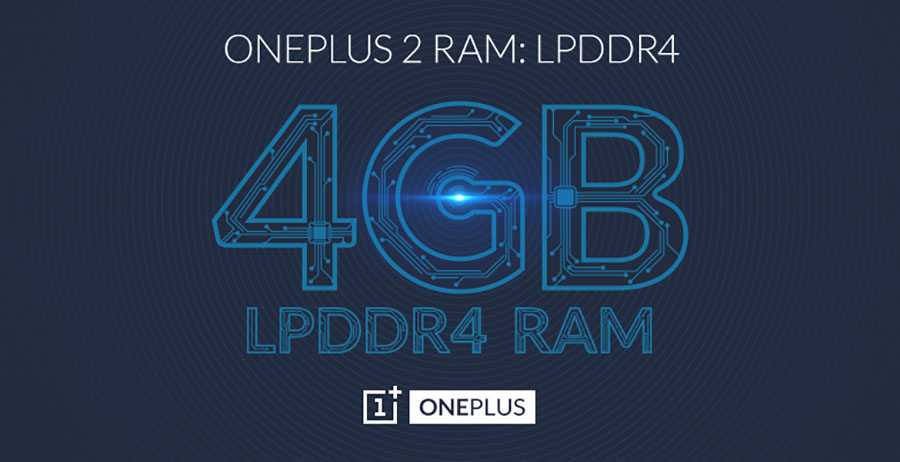 I can’t tell what the bigger announcement is from OnePlus, that the OnePlus 2 will have 4GB of LPDDR4 RAM or that they are done with this obnoxious (t)rollout of features until they unveil the phone on July 27. I’m leaning towards the latter. Actually no, I’m fully invested in the latter. OnePlus may have made a heck of a phone last year in the OnePlus One (our review), but my lord, they are the most obnoxious company on Earth with this #hypetrain garbage they continually vomit to keep their name in headlines. So, yay for no more feature puke!

With that out of the way, yes, the phone will have 4GB of LPDDR4 RAM. Why? Because the Snapdragon 810 processor can take advantage of it and because it’s easy on batteries. It’s also faster than LPDDR3 RAM, so there’s that.

As a recap of the OnePlus 2 thus far: