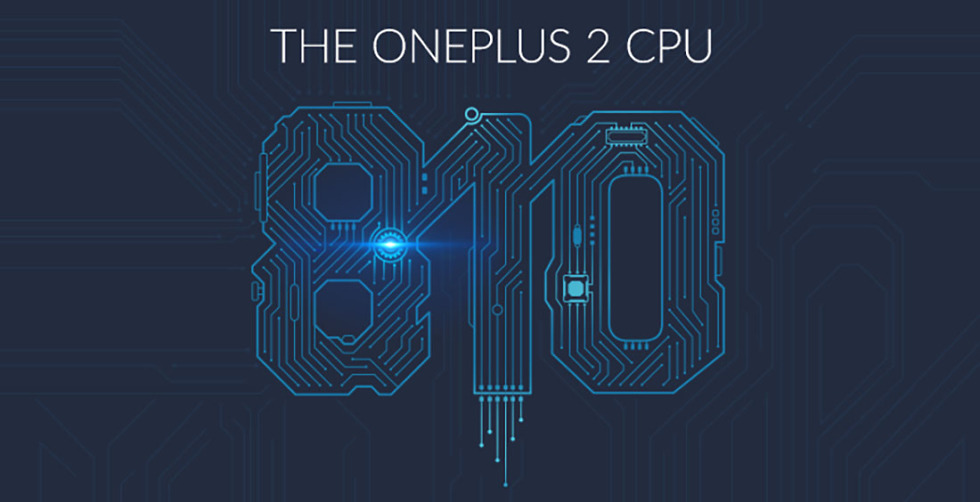 Last year, as OnePlus prepared to launch their first phone, the OnePlus One, the company announced a new feature or two on a weekly basis to try and stir up a constant stream of press. It was an obnoxiously smart move for a company who likely has the tiniest of marketing budgets. The idea is that you announce a new feature each week, hypebeast the hell out of it on forums and social networks, and then watch as all of the little tech blogs cover it, helping spread the word to the masses. The strategy proved to be a success, as the company sold a million phones last year without spending much if anything.

With the OnePlus 2 almost upon us, prepare yourselves for round two. The (t)rollout of features has already begun with a confirmation of the phone’s processor.

In a post penned by CEO Pete Lau on the OnePlus forums, Lau announced that their new phone will run Qualcomm’s Snapdragon 810 v2.1 processor (MSM8994-v2.1). The v2.1 is a slightly newer version of the controversially warm Snapdragon 810, which is said to run cooler and has been featured in devices like the Xperia Z4 and Xiaomi Mi Note Pro. Unfortunately for talk of a this being a cooler version of the 810, I should point out that the Xperia Z3+ and Xperia Z4 have already seen plenty of heat-related drama.

OnePlus claims that they worked closely with Qualcomm’s engineers to get this right. They also mentioned that their OxygenOS skin has been optimized to “work beautifully” with the 810.

As a recap on the Snapdragon 810, this is Qualcomm’s flagship 64-bit processor for 2015. It’s featured in the G Flex 2 and HTC One M9, but was passed on by Samsung in the Galaxy S6 because of those oft-referenced overheating issues. The processor supports 4K streaming video, allows phones to snap incredibly fast photos, and games like a beast (when it’s not overheating) thanks to its Adreno 430 GPU.

Get ready for more features…one by one.