A mystery Motorola phone stopped off at the FCC (ID IHDT56UC2) a couple of days ago looking like a phone that could be the company’s next unlocked flagship. I say that because the phone is slightly bigger than the DROID Turbo, supports almost every single LTE band (sans Verizon’s), 802.11ac MIMO WiFi, carrier aggregation (LTE Advanced), and works with Motorola’s Turbo Charger. 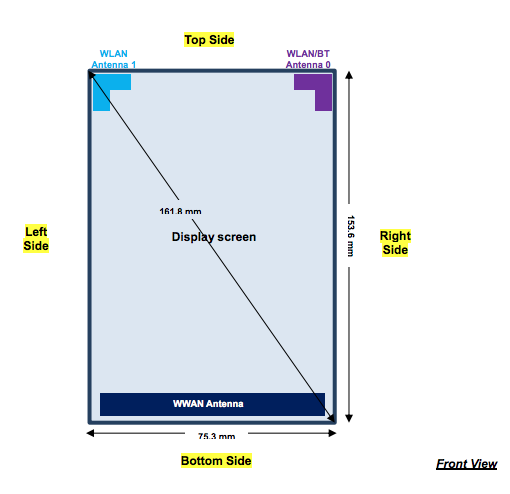 Outside of measurements, we are seeing support for LTE bands 2, 4, 5, 7, 12, 17, 25, and 41. It also supports GSM bands 2, 4, and 5, which should make this perfect for either AT&T or T-Mobile. Seeing Sprint LTE bands in there is a bit odd, though, because we couldn’t find any mention of CDMA compatibility.

Update:  Not to get too wild on the hypebeasting, but a couple of readers pointed out that the with the Sprint LTE compatibility here, we are venturing into that whole realm of Project Fi compatibility. Just a thought. 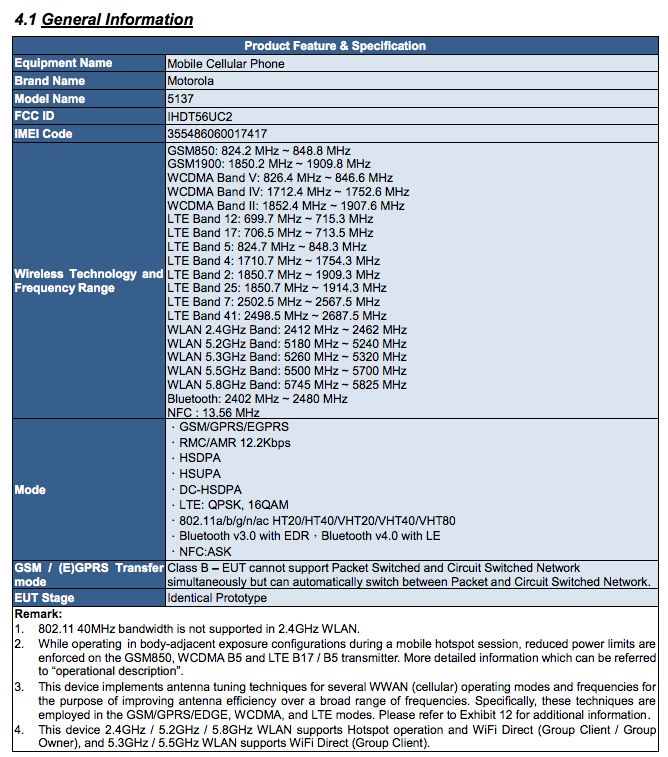 As I mentioned above, we are also seeing testing for MIMO WiFi and LTE Advanced, so this phone should be really fast when you attempt to download almost anything. Qualcomm introduced carrier aggregation (LTE-A) with the Snapdragon 800 line, so there is a pretty good chance that this phone is running either the Snapdragon 808 or 810.

In terms of sneaky lit tidbits tucked inside these FCC docs, we may have stumbled onto a couple of things. First, the phone was tested with one of Motorola’s Turbo Chargers, so we know it supports Qualcomm’s Quick Charge 2.0 technology. With that said, the FCC actually tested the phone with 3 separate chargers. One is a regular Motorola AC adapter, another is the Turbo Charger (SPN5864A), and the third is a mystery, but does have a model number similar to the Turbo Charger. We did a search for it (SPN5886A) and came up empty. Perhaps, Motorola has an even better (or just smaller) Turbo Charger in the works for this year’s line of phones.

On a related note, we found mention of the battery as model FX30, but like with the charger, came up empty through searches.

Also, the FCC ID information has been tucked inside the phone’s Settings menu, which the FCC says can be accessed by heading into Settings>About Phone>Regulatory Information.

Finally, and don’t put too much into this, but I did find mention of a microSD card in one of the testing configurations. So keep open the idea that Motorola may give us a microSD card slot once again.