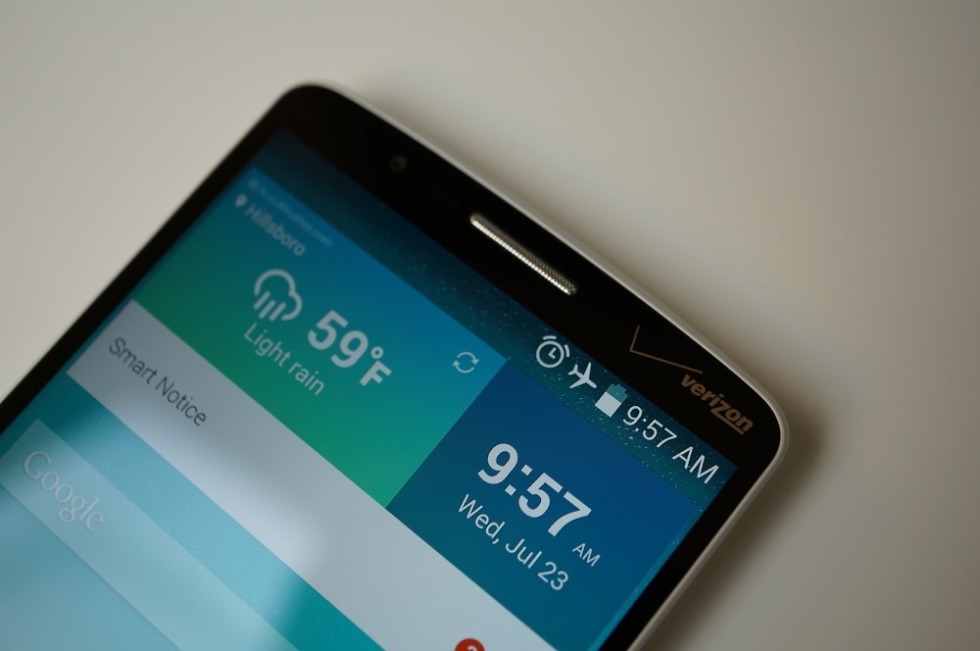 We have already posted up our full review of the LG G3 on AT&T, but since we have now received the same device on Verizon, we wanted to go over the differences between the two devices. While they both feature the same exact hardware, slight changes have been made in the amount of bloatware, plus minor UI tweaks have also been baked in on Big Red’s model.

Apps such as Hotels.com, Slacker Radio, and Clash of Clans have been added in, but the most notable software change is the addition of sliders for volume and brightness in the notification shade. AT&T’s model left these sliders out, which was actually one of our pain points while using the device. Sliders are not a complete deal breaker, but it is nice to have them for the sake of convenience.

The Verizon G3 runs Android 4.4.2 out of the box, same as AT&T’s, and as mentioned above they both come with matching hardware. The G3 features a 5.5″ QHD display, Snapdragon 801 processor, 3GB of RAM, 32GB of storage, 13MP rear-facing camera, and is powered by a 3,000mAh battery.

Below, we have a brief hands-on with the Verizon variant, but as you might have already guessed, there really is not too much different.

If you have any questions, drop them below.