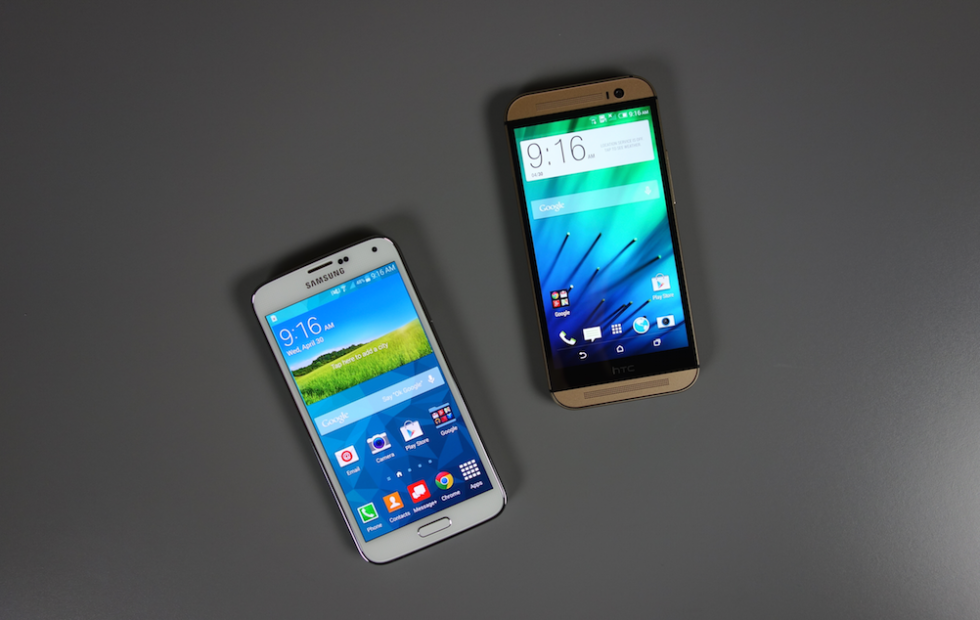 Now that we are done with reviews for the Samsung Galaxy S5 (review) and HTC One (M8) (review), we want to continue looking at each in greater detail. We know that just because a phone was released recently, that many of you will have to wait to buy them until your contracts are up or until you have seen and learned enough to make a purchase. With today’s video, we are trying to help you on that path by showing the differences between these two new flagships on a software front. This is a quick comparison between the basics of HTC’s Sense 6.0 and Samsung’s newest version of Touchwiz.

While Samsung and HTC skin Android completely differently in terms of appearance, a portion of their approaches are the same on a functionality front. They both have news aggregators built into their launchers that can be accessed with a swipe to the left (BlinkFeed vs. My Magazine), their cameras are trying to be minimal for the most part, and they even follow some of the same ideas for manipulating home screens.

The rest, though, is on complete opposite spectrums of the design atmosphere. The Samsung settings menu is an overwhelming disaster of almost 40 options, while HTC has stuck with a minimal menu that looks like a tastefully done take on the standard Android settings. Their dialers are also completely different – Samsung’s still fails to adopt swipeable pages, while HTC has fully embraced them. Samsung has actually toned down its lock screen, whereas HTC is packing in more features than ever.

For now, in this video, you will find just the differences in the basics for each phone, since it’s almost impossible to try and compare the enormous amount of extra features in the Galaxy S5 to the minimal amount on the One (M8). If you want to see greater details on their best features, be sure to check out 25+ tips and tricks for the Galaxy S5, plus our 25+ tips and tricks for the One (M8).