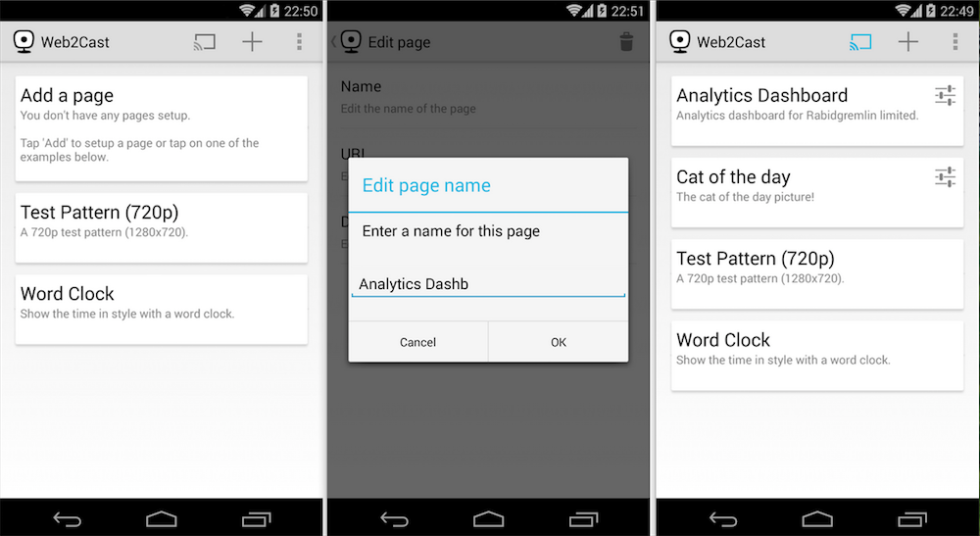 Chromecast has been booming in popularity lately, given the recent release of its SDK. We have seen everything from Android mirroring to Cards Against Humanity pop up on the platform, so it’s safe to say that the apps will just keep flowing in.

The latest to join the party is Web2Cast, a utility app letting Android users beam pretty much anything displayable in the browser to the big screen in your living room.

You can add a webpage using the app’s interface and give it a name to recognize it by, and then tap on it to send it over to your Chromecast. HTML files and many types of images are supported, so you won’t have trouble finding content to place on your TV.

Also supported is the ability to Cast files stored on a local server, given that your Chromecast is on the server’s WiFi network. The developer recommends uploading files to a service such as Dropbox or Google Drive, though, to easily access these kinds of files without being tethered to that particular WiFi network.

Web2Cast is now available for $1.99 over on Google Play. Chromecast aficionados, are we jumping on this one?