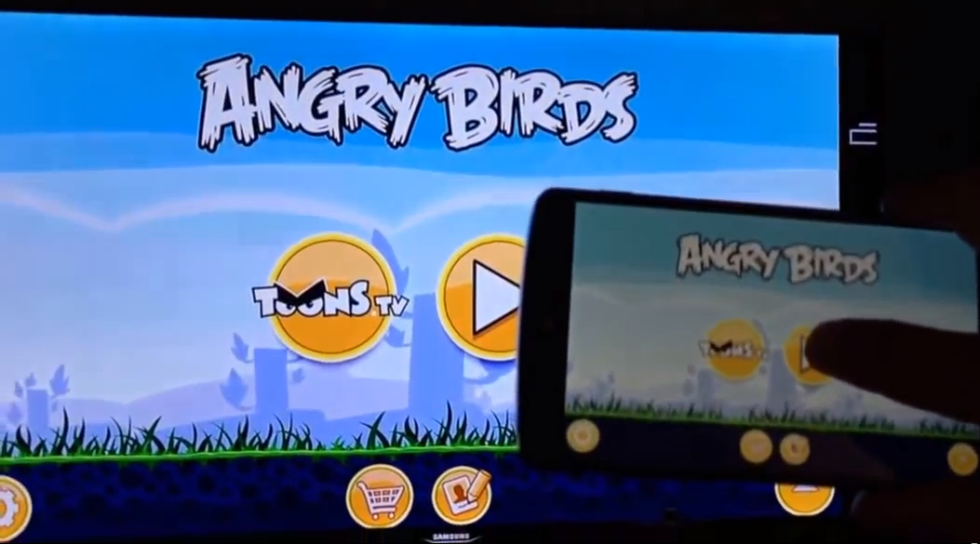 It seems like Chromecast is finally getting kicked off in terms of development, with developers using the SDK left and right to update their apps to support the HDMI dongle. What we’ve all been waiting for, though, is native Android mirroring to Chromecast similar to Apple’s AirPlay feature for iOS. It looks like we’re now one step closer, with famed developer Koushik Dutta having updated his Mirror app to support the streaming stick in a very beta way.

To use the new mirroring feature, you have to meet a very specific set of requirements. You must have the app installed on a rooted Nexus 5 running Android 4.4.2, as that’s the only device that the app works with due to the Nexus 5’s hardware VP8 encoder. Even then, streaming to Chromecast isn’t anywhere as smooth as it is to the Apple TV, which is demonstrated in the video below — currently, lag and latency are issues being ironed out by Koush.

The developer hopes to have a formal release of the Mirror app onto the Play Store at some point soon for as many non-rooted devices as possible, but at the moment you have to jump through some hoops and have root to take advantage of the app.

Mirror can be installed when you use the links below to join the ClockworkMod beta community, sign up for the beta, and then find the app on Google Play. If you have a Nexus 5 meeting the requirements and a Chromecast, give this app a spin and let us know how it works out for you.