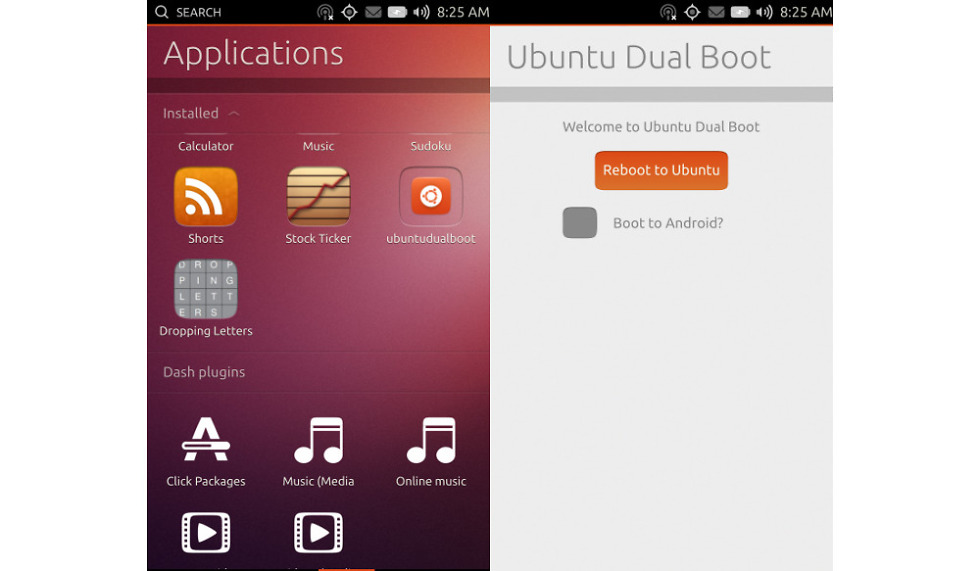 Canonical today unveiled their latest work on their underdog Ubuntu mobile operating system. If you can remember, it was only October when Canonical announced Ubuntu 13.10 for smartphones, with a fully featured system attempting to rival Android. Today, in a somewhat odd move, the company has announced the availability of a developer preview of a new dual boot feature allowing supported Nexus devices to switch quickly between an Android-based OS and Ubuntu.

To switch between operating systems, users have to launch an app on whichever side of the dual boot setup they are currently using to execute the OS change. In the past, command line interfaces and various key combinations were needed, making the process not exactly the most efficient or user-friendly.

Keep in mind that this is a developer preview, and as such will be unstable compared to a regular Ubuntu or Android installation. For you crackflashers out there, though, you can find instructions to get the dual boot setup on a Nexus 4 here. To go through the setup, it seems basic knowledge of the command line and a Ubuntu computer are required. You will need an unlocked bootloader, familiarity with adb commands, and the ability to follow a step-by-step guide.