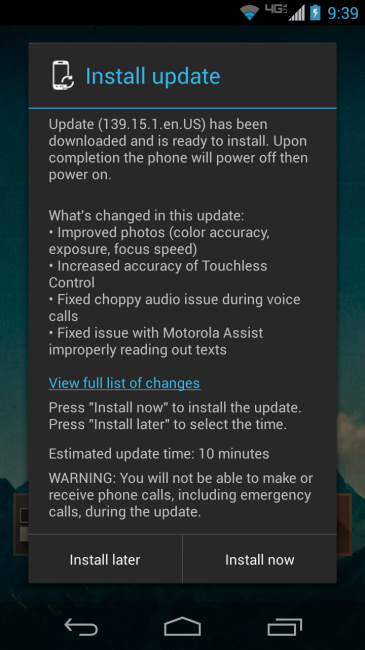 When it comes to software updates for the mobile devices on their network, Verizon might just be the slowest moving company on the planet. It was almost a month ago to the day that we first heard about Motorola rolling out an update to the Moto X that would address some of the issues that the camera was having. AT&T, T-Mobile, Sprint and US Cellular have already pushed the update, but those in Motorola’s Feedback Network on Verizon might have a surprise waiting for them when they turn on their phone this morning.

The main focus of this update (build 139.15.1) is to dramatically improve the camera that so many people had been complaining about since the phone’s launch. We have tested the new software against the old and it is a very welcome improvement so far. One interesting thing to note; soak testers were required to check that they would be ok with losing root if they wanted to take part in this test. . (read update below).

Update:  We took the update and were able to keep root throughout (it apparently does patch previous root exploits though, so if you lose it, you are out of luck), but others are reporting boot loops and loss of root. I think it depends on which root method you used. Looking for clarification. Until I can get it from Eric, you may want to hold off. -K

Update 2:  Eric kept root through the update by using MotoRoot 1.1, the original root method which has since been updated and changed. If you used PwnMyMoto, your results could certainly vary and likely won’t leave you with root. We aren’t exactly hearing good things, so be careful. -K

Here is the full changelog: 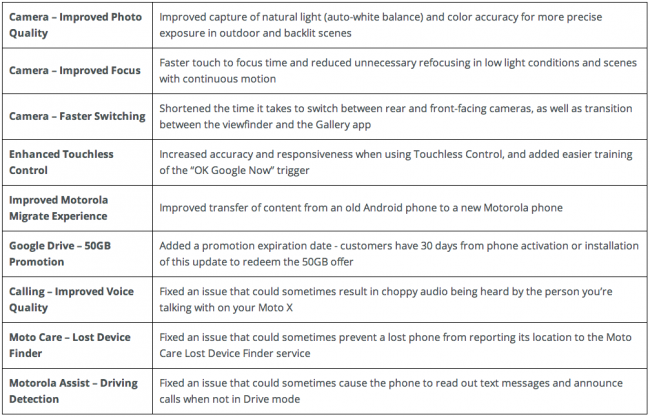 Unless there is any major hiccups with this update, we could be seeing this update rolling out as the final software anywhere within the next week or so.