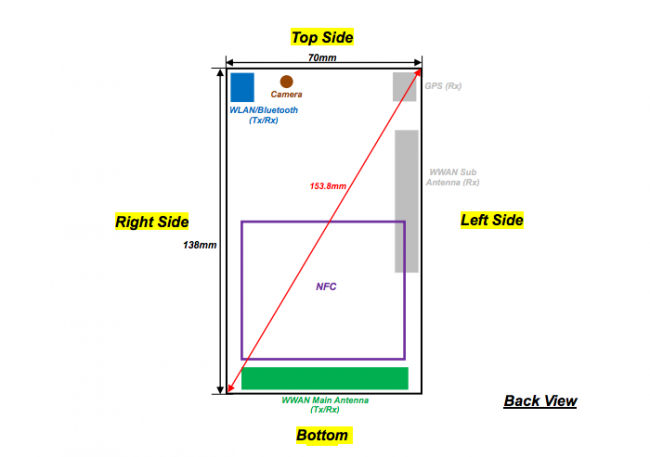 A new Motorola device stopped off at the FCC today, sporting a variety of LTE bands, Android 4.1.2, and two battery sizes, one of which weighs in at 4410mAh. The FCC doc will only refer to it as a “Touch Computer,” though there are traces of “phone” throughout in standard FCC verbiage. It’s tough to tell if it’s a phone or tablet, but the use of LTE and GSM radios, along with two battery sizes leads us to believe that it could very well be some sort of new phone. The measurements in the image above are also a pretty good clue.

We’re looking at a device that supports LTE bands 2, 4, 5, and 17, along with GSM850 and 1900, so I’d guess that it’s headed to AT&T. Rear camera, Bluetooth, NFC, and WiFi are also on board, as well as the previously mentioned Android 4.1.2. Yes, that build of Android is old, but this FCC test was scheduled for back in July.

Where this becomes interesting, is in the listing of for battery size which states that the device supports two battery options:  2940mAh and 4410mAh. The only devices from Motorola that we have seen with two battery sizes are the DROID ULTRA (2130mAh) and MAXX (3500mAh). These two devices are essentially identical outside of their batteries and outer cosmetic changes.

So what is this device? Some type of AT&T MAXX or ULTRA variant? I don’t know, but we’re interested.

Update:  As has been noted by readers, this is a “Motorola Solutions” product, so it’s likely something enterprise-related rather than mobile like we typically care about. 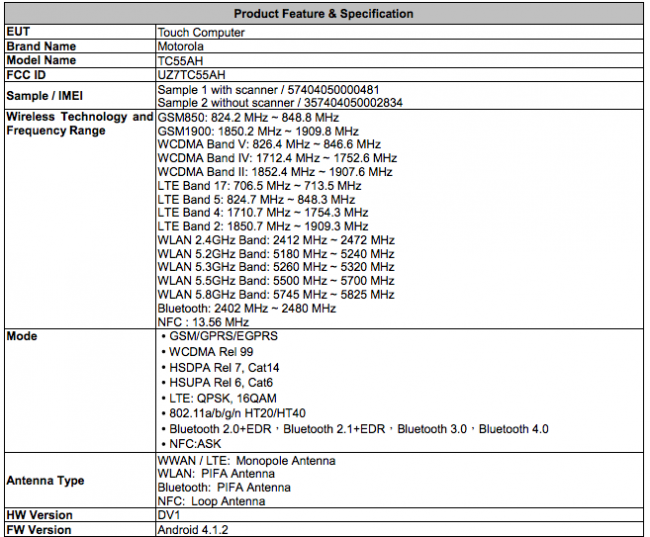