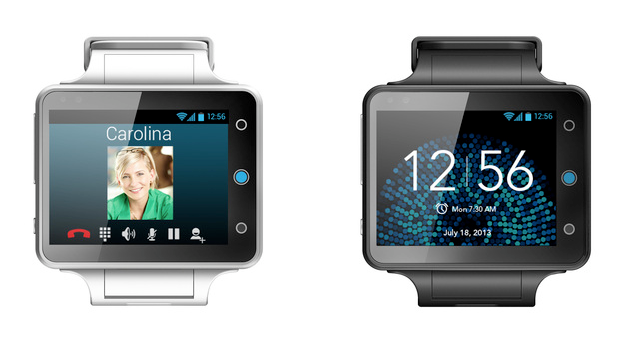 All the way back in February of this year, we wrote a piece on the Neptune Pine smartwatch. The watch is no ordinary smartwatch, but actually has the capability of replacing your smartphone almost entirely. It features full 2G/3G radios (no LTE), Bluetooth 4.0 and WiFi connectivity options, allowing it to be a standalone device for communicating with the world.

The watch features a 2.4″ touchscreen display, with a resolution of 320 x 240, a Snapdragon S4 dual-core processor, a back-facing 5MP camera (yes, a camera!), 512MB of RAM, while running Android 4.0 Ice Cream Sandwich. It is practically a full version of Android, with a keyboard, messaging apps, web browsing capabilities and pretty much anything else you would need. Like we said, you can basically leave your phone at home.

The device is now finally up for pre-orders, with the company making lots of revisions and fixes to that initial design we saw earlier this year. The previous renders looked nice, but gave off a futuristic concept look, not allowing our minds to really see it as a reality. With the watch now finalized, it looks sleek, sexy and totally awesome.

The watch is pretty expensive, so don’t be shocked when you are throwing down $335 for the 16GB version and $395 for the 32GB model. We told you it was expensive. Keep in mind that this is basically a smartphone you are strapping to your wrist. Sure, it probably can’t play Angry Birds or Grand Theft Auto, but the Neptune Pine looks like a great peak at the future of wearable technology.