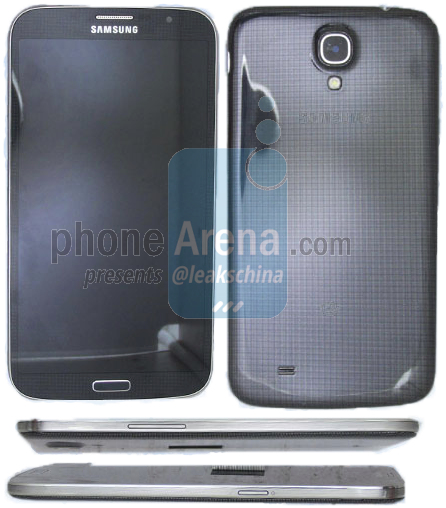 Not too long ago, the Droid X’s screen size of 4.3″ was way too big for most people to handle. Fast forward to today and we are getting another look at one of Samsung’s upcoming Mega devices. Announced by Samsung a few months ago, the Mega line features two models with massive 5.8 and 6.3″ screens. This new version pictured above features a dual-SIM setup with GSM and CDMA compatibility, but we shouldn’t get too excited just yet.

There is a slim chance that we could eventually see this device featured on Verizon’s network, but the AT&T LTE model that we saw pass through the FCC is much more likely to be seen in the States. The specs remain unchanged, featuring a 1.7GHz dual-core processor, 720p LCD screen, Android 4.2.2 and a massive 3,200mAh battery.

This CDMA/GSM variant will most likely be heading to China, but if Verizon did pick it up, would anyone want to give up your 7″ tablet for a 6.3″ phone?