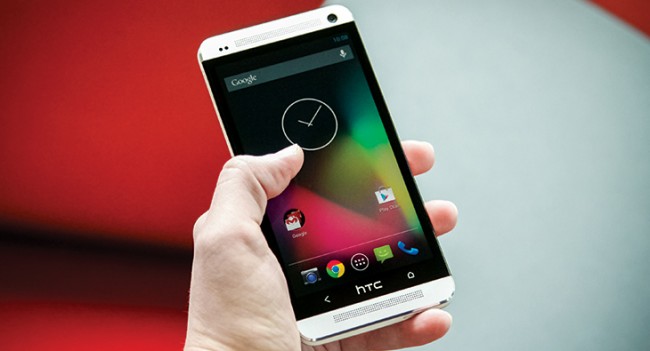 The “Nexus experience” device appears to be all the rage these days, grabbing headlines left and right. After Google announced the first in this new category at Google I/O as the Samsung Galaxy S4 “Nexus experience,” HTC decided they would like to be a part of this elite crowd as well. This morning, Android leader Sundar Pichai announced the HTC One “Nexus experience” to an applause from tech enthusiasts across the globe. It’s a move I think many of us have hoped for all along – you know, the latest flagship devices running stock Android, receiving timely updates, and having no part of a manufacturer skin.

It’s a dream, right? Mostly, but that doesn’t mean we don’t have questions, concerns, and other thoughts in general. Here are a few that immediately come to mind.

The point of this new program

This new “Nexus experience” program is an interesting one, to say the least. Is the point to show that a strength in partnerships between Google and OEMs still exists now that they own Motorola? Is it simply to offer the best hardware with a “Nexus” or stock experience? Is it all about having choices? It certainly isn’t about affordable choices, that’s for sure. I certainly don’t think it’s about selling millions of stock Android devices, though the success of the program will remain to be seen for now. No matter what, we’ve never been one to be negative about choices, so to that I say, “Thanks…Google.”

I understand that this new “Nexus experience” program is brand new, but to Google and whoever your partners are going forward, let’s not release these phones a month or two after the regular editions have dropped. There are such things in the tech industry as “early adopters,” and we don’t like it when a better version of what we just bought is released weeks later without us having any knowledge of it. So either announce “Nexus experience” editions during your device’s initial unveiling, or at least release them at the same time. I personally, now have an unlocked HTC One that will become a paperweight thanks to today’s announcement of the “Nexus experience” One.

The prices of these new “Nexus experience” phones are arguably higher than they should be (HTC One at $599, Galaxy S4 at $649). While these are not “Nexus” devices made specifically for Google, meaning the manufacturers still want to make a buck or two off of sales of them, selling them at the same price as one would find from a carrier is a bit much. I get that they are giving us “options,” but when you aren’t tying them to a carrier, you should be able to sell them for much cheaper. Also, since part of the cost of the skinned versions of your phones likely includes all of the time spent fine-tuning your custom skin and software enhancements, I sort of feel like charging the same price for a phone without all of that is sort of a rip off. Shouldn’t there be a discount for the bare bones model? Even shady car dealers have done it this way for years with cars and options.

Updates, where are they coming from

We understand that these “Nexus experience” devices are in essence, Google’s take on how these devices should perform, meaning they should also receive timelier updates than skinned versions of the same phones. But where are these updates coming from? Are they coming directly from Google, or do we have to wait for manufacturers to approve new updates once Google has released them? According to a blog post from HTC, it sounds like updates will indeed come directly from Google. Here’s to hoping those updates carry the same importance as they do on Nexus devices. 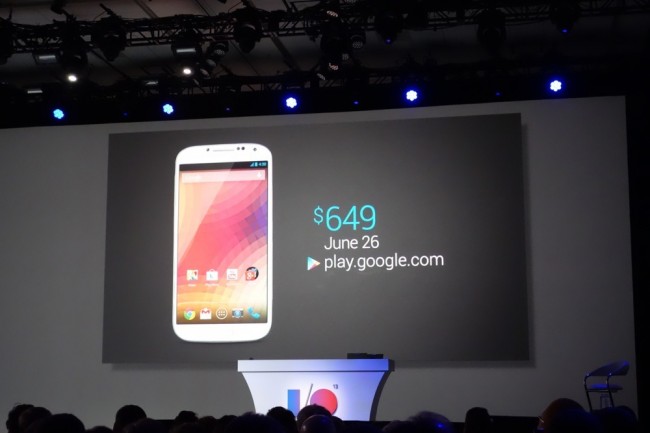 Our comments were flooded immediately after today’s announcement that HTC and Google have teamed up for a “Nexus experience” One with, “No Verizon? That sucks.” And yes, it does suck. But thanks to the CDMA networks behind carriers like Verizon and Sprint, we may not ever see “Nexus experience” devices. Carriers get to decide what phones are whitelisted for their CDMA networks, unlike GSM networks who have to allow anything capable of running on them. That’s why these new devices from Samsung and HTC work great on both T-Mobile and AT&T. Our only chance for a “Nexus experience” on Verizon, is one that is VoLTE and doesn’t have to touch their CDMA network at any time. But who knows how many years away we are from that happening.

Sundar Pichai confirmed during his interview today that the Nexus program is not dying even though we are seeing a couple of “Nexus experience” devices. Their goal with the Nexus program is to push the platform forward, and that will continue on. So with that it mind, be aware that we are likely to see a new Nexus phone this winter, if history tells us anything. So if you were thinking of picking up one of these new “Nexus experience” phones, it may not have everything that the next Nexus will offer.

Both the Galaxy S4 and HTC One have been praised since launch for having two of the best smartphone cameras ever made. They both have their issues, but for the most part, there are few phones that carry as many tricks as these two. With that said, they won’t have any of these tricks once they ship with stock Android. Both HTC and Samsung use their own camera software on their skinned phones, but with a stock “Nexus experience,” we’re going to be stuck with Google’s stock Android camera software. As we have mentioned time and time again over the years, Nexus cameras always produce some of the poorest quality shots of any smartphone. At this point, I think we’re done blaming the sensors being used and are instead fully on the stock-android-camera-software-sucks bandwagon. It’s time, Google, to fine-tune your camera software, especially if you are going to sell phones known for their cameras.

In the end, these are the phones to have

When it’s all said and done, if you are an Android enthusiast or one that constantly begs for a stock Android experience with timely updates, these are the phones you should be considering. Sure, the Nexus program itself has always been the way for Android elitists to go, but with the Nexus 4 lacking LTE, we know that many of you passed this time around. But with the “Nexus experience” program launching, you no longer have an excuse, assuming you are willing to spend $600 on a new phone. On June 26, you’ll have the choice of the top two smartphones on the planet, with stock Android, updated by Google, at your fingertips.

I’m sure I’ll have more thoughts as we close in on the June 26 launch date for both devices. Until then, I’d love to hear your thoughts on this new “Nexus experience” program. Love it? Hate it? Don’t understand it? Changes you’d like to see?