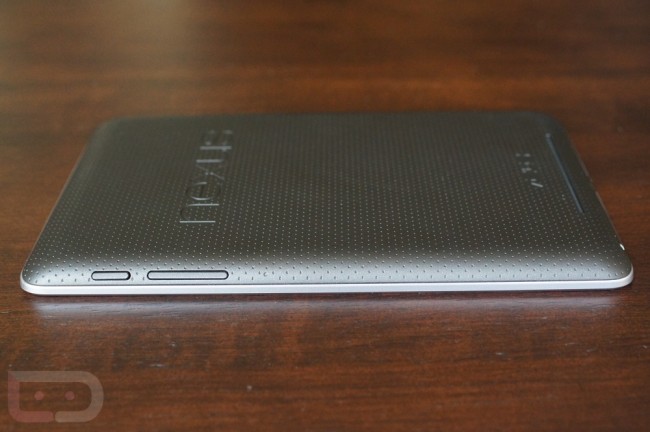 Google has long been rumored to release an updated version of its popular Nexus 7 tablet at this year’s I/O, however, specific spec details for this re-hashed tablet have mostly been scarce. Last night, details may have emerged thanks to KGI Securities analyst Ming-Chi Kuo. According to Kuo, the new Nexus 7 will indeed arrive at I/O next week along with a set of impressive specs, while retaining its ultra-affordable price tag. 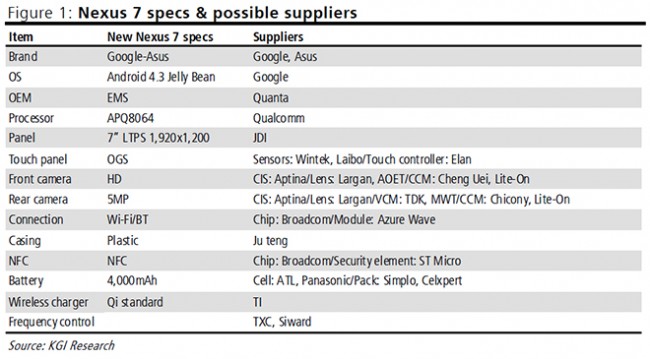 The differences from this rumored version to the current are the major bump in screen resolution (old version is 1280×800), move from NVIDIA’s Tegra 3 to Qualcomm’s Snapdragon S4 Pro, rear camera (since the original N7 didn’t have a rear camera), slightly smaller battery, and wireless charging built in.

We’re also expecting the side bezel to shrink, so that the device can keep a similar shape and design while offering more screen real estate.

This new Nexus 7 should stick close to the current $199 price for the base model.

Does this sound like the new Nexus 7 you were all waiting for? The processor may seem somewhat ancient for mobile times, having been included in devices like the Nexus 4 last year, but the S4 Pro is no slouch and there should be plenty of power.