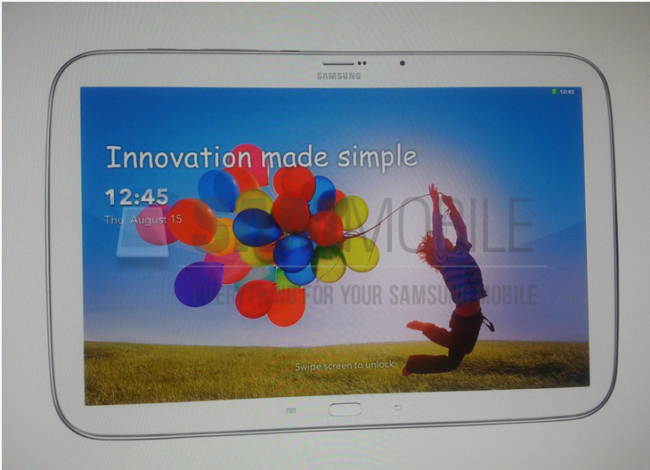 Many can say that the Nexus 10 is currently Samsung’s best tablet on the market, but according to newly leaked specs, it appears a new super tab is on the horizon, this time sporting TouchWiz. Code named ROMA, the tablet is said to feature a fancy 10″ 2560 x 1600 high-res display (same as the N10), an Exynos 5 processor, 2GB of RAM, 3G/4G LTE connectivity, and a 9,000mAh battery.

In terms of differences between this and the Nexus 10, you are looking at a microSD slot, this one being a tad slimmer, and the ROMA featuring cell data. So far, Samsung has neither denied or confirmed ROMA’s existence, but in this business we are used to that.

If Samsung does in fact have plans on making this tablet come to fruition and given the specs listed above, are you interested?