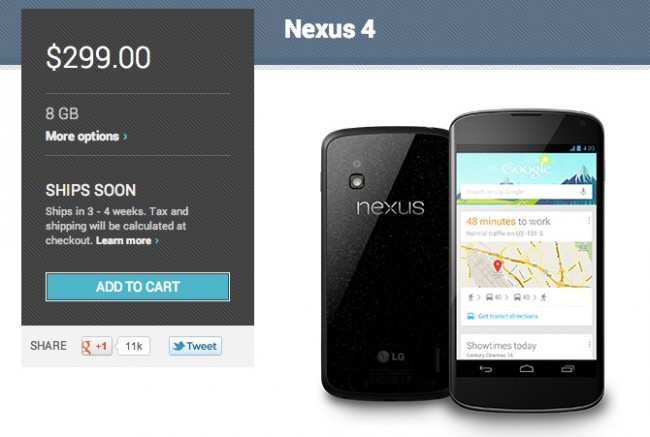 After returning to the Google Play store this week following a lengthy absence, the Nexus 4 remains “in stock.” We were wondering how inventory levels would hold up after being away for so long, especially after seeing Google sell through what little amounts they had each of the last two times the device became available. So far, they appear to have been able to meet demand this time around, with the 16GB version still showing as shipping in “1 – 2 weeks.”

The 8GB version, on the other hand, changed this morning to shipping in “3 -4 weeks.” Clearly that $299 price is appealing to many of you, and I can’t fault you for that. The Nexus 4 has been my device of choice since it came out – it still impresses me on the daily (our review). Plus, there is something to be said about freedom from a carrier, a status that unlocked phones like the N4 can bring you.