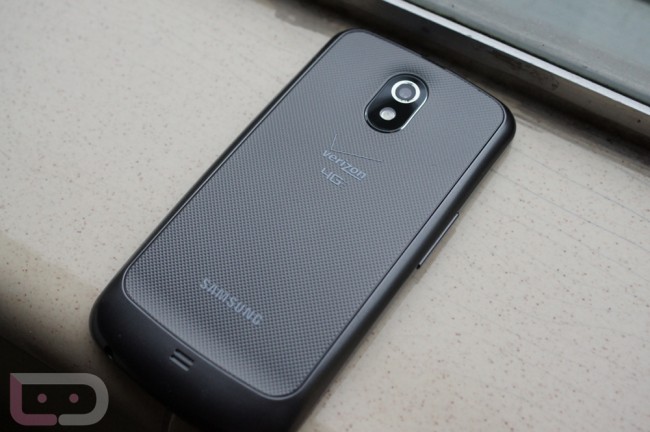 If you asked me back in late 2011, how I felt about a Nexus coming to Verizon, I’d probably have thrown out phrases like “greatest day in smartphone history” or “Verizon finally woke up!” Boy, how things have changed in just over a year. After over a month of delays before the launch of that phone, a lack of support on a software front from the get-go, and what seems to be a constant neglect of what one would assume to be one of the easiest phones on the planet to update, I no longer feel the same way. It’s been a painful ride since, one that has led me into hoping that Verizon never sees another one. Actually, I could probably take that a step further and say definitively that Nexus phones should no longer be tied to any carrier and that you should all think about your future beyond subsidies and 2-year contracts.

Google and Verizon gave this Nexus-to-carrier thing a shot with the LTE Galaxy Nexus, and we all know now that it was a complete failure on most accounts. Carriers are middle men, a cut-off throw that Google doesn’t want to make when they are looking home. Sure you can allow companies like T-Mobile to sell them, but that’s all you allow them to do. You don’t make separate Nexus phones for them, allow them to install bloatware, use different chipsets than your unlocked version, or even test any of the software that you plan to push over time. To remain in proper Nexus form, there can’t be someone outside of Google that needs to approve the latest software update or dictate when the phone launches. With the Nexus 4, Google has done this.

I hate to bring this up again, but the Galaxy Nexus on Verizon is still three full updates behind every unlocked Nexus device, and is about to be behind skinned devices if Big Red doesn’t kick their update approval process into gear. We all know that Verizon has the strictest update approval policy in the business, but for them to take as long as they have with a 100% purely stock Android device, is beyond being unacceptable. It shows a complete lack of care towards a product that should have been their easiest to manage. Give them another Nexus under the same set of rules that you played with in game one and you will likely be left with a similar outcome.

Another reason I’d love for Nexus phones to remain independent of carriers going forward has to do with a desire to see a change in the mindset of U.S. consumers when it comes to smartphones. I’ve talked about this in the past, but we need to get off the crutch that is carrier subsidies. You shouldn’t expect to buy a phone at a subsidized price of $199 every two years, because you know what that does? It locks you into two years of your life with that carrier and that phone, something no one should have to suffer through.

Let’s also not forget that Google and their Nexus line is attempting to set a new standard for unlocked phones by introducing them at insanely low prices. The Nexus 4 is currently selling on Google Play for $299 and $349. This is a long shot, but if this country realizes the power of buying unlocked phones coupled with the prepaid smartphone plan universe, what’s to keep those $650 unsubsidized prices from dropping?

But why is contract-less smartphone life important? Because it gives you freedom. Over the last couple of years, I’ve maintained a month-to-month AT&T plan for work purposes, but within the last month, decided I’d try out T-Mobile for a bit to see if my experience was any better. While both have their downfalls (lack of LTE at the moment), with the unlocked phones I use, like the Nexus 4 currently, I didn’t even need to buy a new phone to jump between them. All I had to do was swap out a SIM card.

But beyond the carrier aspect, you can’t forget that you have multiple choices on month-to-month prepaid plans that will give you better value than you are probably getting now. Companies like Solavei and Straight Talk offer up plans for $50 and $45 with unlimited talk, text, and data (with T-Mo’s HSPA+42 service to boot). It may not be LTE, but some of the download speeds you will see are just as impressive.

Most importantly, though, you can leave these month-to-month plans as you please until you find something that’s optimal.

As has well been documented over the last week, unlocking of phones for use on other networks is now illegal in the U.S. If you buy a phone on contract with a subsidy (discount), you need the permission of that carrier in order to unlock your phone and take it elsewhere. If you buy a phone off-contract (hopefully it’s already unlocked) or an unlocked device that’s not tied to a carrier, this new unlocking rule does not affect you.

So while I’m running off on a bit of a tangent here (and could probably keep going), I’m really trying to make a couple of points: 1) You should do everything in your power to rid yourself of a 2-year contract. 2) Once you have done that, you are free to find the best possible smartphone and plan that fits your needs, which in many cases, is a Nexus, though the options are pretty endless these days.

Every day in our comments, when bringing up the Nexus 4, we see the complaints about the device having a lack of LTE or the fact that it’s not on Verizon. While the LTE argument may be a tough one to battle, unlocked and carrier independent Nexus phones are likely where the future stands. I’ve personally been using the Nexus 4 since the day it came out, and haven’t necessarily missed 4G LTE one bit. HSPA+ is plenty fast in most cases, plus the network coverage of AT&T and T-Mobile has really grown over the years.

I know the prepaid and unlocked smartphone worlds will never fit everyone’s needs, but as carriers push towards raising prices and locking you out of your own smartphones, it’s time to start looking at your options. Plus, life without a carrier deciding what your phone can and can’t do is quite refreshing.