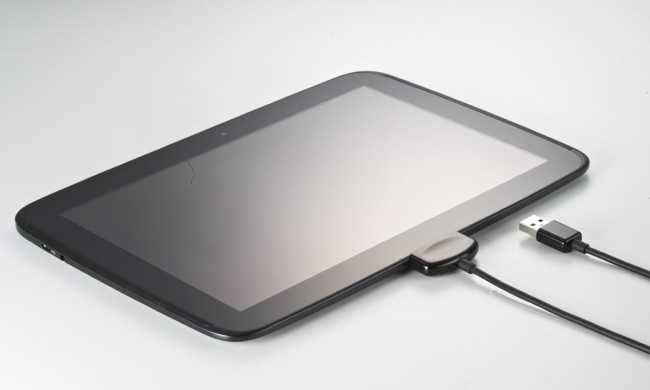 Since release, the POGO pins on the bottom of the Nexus 10 have gone unused thanks to a lack of accessories that can take advantage of them. We’ve seen a charger or two pop up on various Android forums, but today, we get one on eBay that can actually be purchased for $19.99 and will ship around December 28.

The listing for the “Nexus 10 Pogo Charging Cable” claims that it is “authentic” and 4 feet long. As you’ll see in the video, it acts much like an Apple MagSafe power adapter in that it easily attaches to the device via magnets. From what we can tell, the manufacturer is MagNector, which doesn’t exactly sound “official,” but then again, official and “authentic” could mean two very different things. This listing also mentions that the MagNector will charge the device up to 25% faster than a standard USB cable.

Looks, great – as long as you own a Nexus 10. We’d still like to see something official from Samsung.