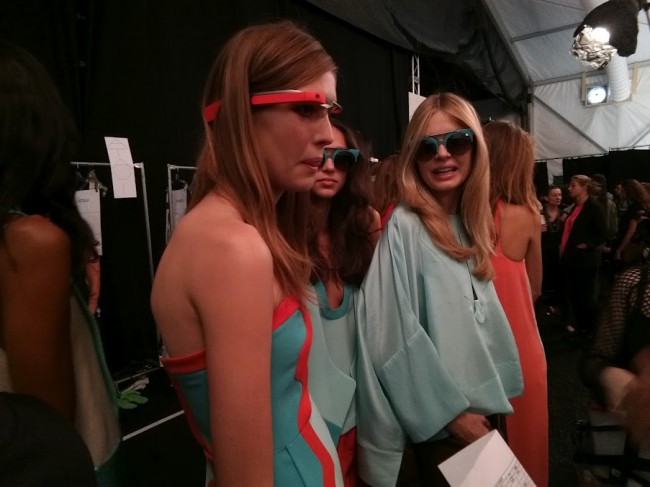 It’s funny to think back about how many people said Google Glass looked silly. Not so much the design itself, but how it made a human being look. Dumb. Nerdy. Geeky. Whatever you want to call that look above, I’ll take it. Recently, fashion designer Diane von Furstenberg added the high-tech eye wear to her 2013 spring collection runway show and also used the devices backstage to record video of the event to make a film that gives an inside look at putting on a show such as this.

With Google Glass still not becoming available to even developers until next year, this is a pretty awesome way to get non-Android fanboys into technology such as this. Can’t say I feel the same for the other sunglasses pictured above. Plus one, Furstenberg.