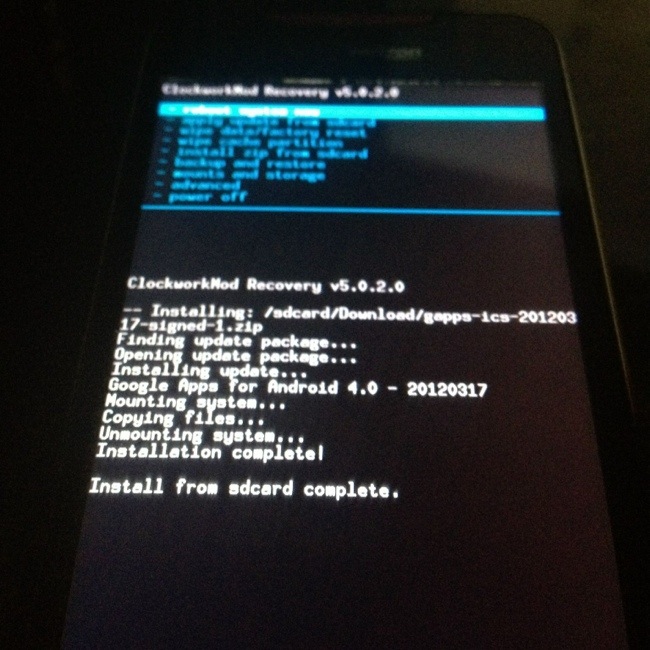 Android used to be the go to option for OEMs fleeing Windows Mobile in search of relevancy in the mobile space, but lately it seems that unless you’re Samsung or Apple you simply cannot make money in mobile. Samsung has been the only Android manufacturer to consistently make money quarter after quarter for the past year. Motorola’s profits plummeted quarter after quarter until Google bought the entire company. HTC has managed to sell a sizable number of devices, but has fallen from being the top Android manufacturer to an equal of LG and Sony. While no Android OEMs pay Google to use Android, most pay Microsoft licensing fees. What is making Samsung successful while other OEMs continue to struggle?

HTC and Sony, on the other hand, released their new One and Xperia series alongside a myriad of other products from other companies, which pushed the media to compare each product against each other instead of reviewing them on their own merits. While HTC was the clear winner of the show, their ad campaign was minuscule. Much, much more importantly, the One X and One S were only available on AT&T and T-Mobile, respectively.

One thing that Samsung has been able to do since the original Galaxy S has been to make it available everywhere. The Galaxy S, SII, and SIII have all been available in various incarnations on every carrier, even in the United States. Because of this, Samsung has been able to consolidate advertising and build its own brand without having to focus on one subset of the American consumer. While Samsung’s first success, the Galaxy S, went by different names on different carriers, they were able to generalize the Captivate, Fascinate, Continuum, Vibrant, Stratosphere, and Epic 4G under the Galaxy brand.

Meanwhile, Motorola, HTC, Sony, and LG have been releasing one-off devices for each carrier. This limited availability doesn’t help build brand awareness across carriers and regions. Sure, Motorola is almost exclusively the holder of the DROID brand (with an intrusion from HTC and Samsung from time to time), but the only brand that they tried to really expand was wasted with a Verizon exclusive.

Imagine if the RAZR hadn’t existed as the RAZR, and instead Motorola released the RAZR MAXX as the RAZR on all four carriers. Between 4G connectivity on the applicable carriers, insane battery life, and a popular name, Motorola could have had a hit on their hands. The RAZR brand is still a popular name to consumers. It seems as though almost everyone had one. Being able to rely on a brand that people already know and like makes selling your product so much easier. Had Motorola sold the product on every carrier they may have still had crazy murderous DROID advertisements, but Motorola could have made their own advertisement to remind people of the first RAZR to sell the new generation.

What if HTC had released the One X on every carrier with the same name and design and skipped the One S and One V? With one product everywhere, advertising is clear because you don’t have to sell a specific version of a product, you just sell the one product. Show what the phone can do and tell people they can get it on their carrier.

Samsung doesn’t have to be the only Android manufacturer making money on Android. HTC, Motorola, Sony, and others can certainly break into the market, but it’s going to take one flagship device on every carrier that is heavily pushed by every carrier. Building up that kind of a relationship with a carrier takes time and money, but I would rather see more Android OEMs winning in the mobile space with one device instead of them releasing multiple devices on random carriers and hoping a subset of the population buys them. I understand that it’s hard work to make those deals, but that’s what needs to get done for these manufacturers to stay in the game. I’m hoping that companies like HTC and Motorola make a comeback; I’m tired of Apple versus Samsung.

Following yesterday’s verdict, I saw a lot of chatter on Twitter advising OEMs to take a look at Android because Samsung was ruled to have copied Apple and violated their patents and trade dress. The problem is, TouchWiz and Android are not the same thing (thank goodness!). Even more importantly, Windows Phone still has the same major issues with notifications, lack of apps, and multitasking that I outlined months ago. I still believe that OEMs should be using Android to push their way into the market, but they need to be much more aggressive with the carriers by pushing one product across the board. HTC did this once before with the Touch Pro2; it is not an impossible task. Now is not the time for Android OEMs to look at a platform that cannot multitask well, has a terrible notification system, and a horrible app ecosystem. Now is the time for Android OEMs to get their best devices everywhere so that people can actually buy them.