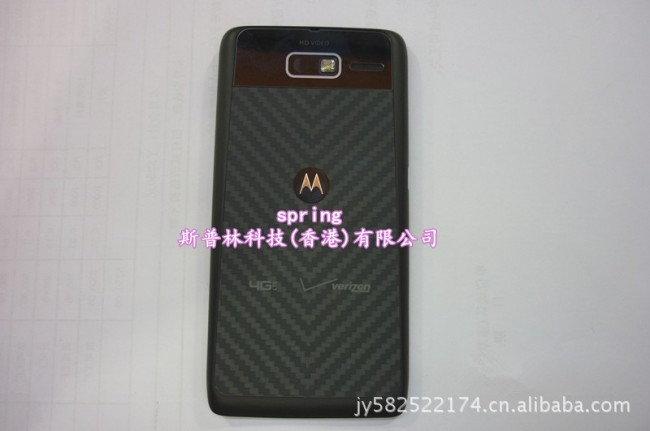 Verizon and Motorola are gearing up to announce the DROID M, a mid-range device that you can see pictured above. The device was previously only known by the name XT907, but we also referred to it as the RAZR Mini. It passed through the FCC not long ago, and should sport a qHD display, 1.5GHz dual-core Snapdragon S4 processor, 4G LTE and NFC. The device will come in both black and white and sell for $149 on 2-year contract.

BGR is reporting that it will have an HD display, but I think their source is confusing this phone with the actual RAZR HD. They will more than likely unveil both devices in New York on September 5.