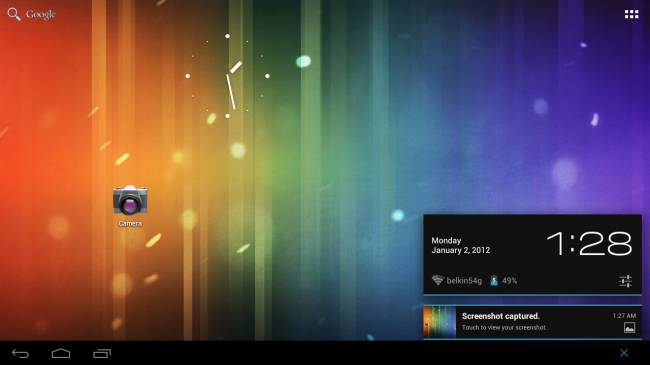 As you know, Ice Cream Sandwich is supposed to be the Android release that merges the tablet and phone experiences. The OS was built to be able to scale no matter what the screen size and hopefully help end the ridiculous “fragmentation” argument that competitors cannot seem to let go of. In fact, if you go into the Android SDK and start messing with resolutions, you can view both the tablet and phone versions of ICS to see what I’m talking about.

One ROM developer by the name patrick decided to work with that multi-screensize idea of Android 4.0 and see kind of magic he could create. His goal was to create a tablet version for the Galaxy Nexus. Guess what? He did it. And no, this isn’t just a build.prop edit as some have tried in the past.

The actual phone.apk is struggling to work (you can’t make calls), but everything else apparently works just fine. With help from the community, I’m sure they will get the voice issues sorted out at some point. For now though, feel free to take it for a spin and see what your phone would look like as tablet. Make a backup!

Can someone create this for the Galaxy Note already?