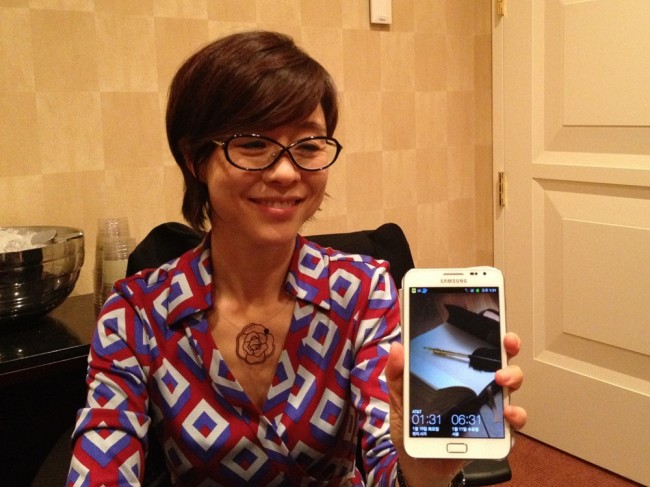 How many things in this world do you consider yourself to be obsessed with? Are any of them tech products or companies? Some would argue that the folks at this site are obsessed with Android, but I still don’t think anything compares to the love affair that individuals have with Apple. And that’s not meant in a hateful way, it’s just clear that certain groups of people are so passionate about Apple products that they will do some odd things to make sure you know it. Samsung wants you to be that way with their products.

According to Samsung marketing executive Younghee Lee who sat down with AllThingsD, the Korean electronics company is ready to “change people’s attention.” With consumers in the U.S. being “obsessed with Apple,” they want to engage consumers at the bottom of their heart and for them to love their products in return. Lofty goals, but if anyone can do it, it would be Samsung who has been gobbling up Android and worldwide smartphone market share like no other company over the last year.

On a related note, Lee also mentioned that Samsung will use its sponsorship of the Olympic games to launch a product for the first time. While she refused to mention which product that may be, I’d bet you can come up with pretty good guess. The Galaxy SIII was originally supposed to be unveiled at Mobile World Congress next month in Barcelona, but rumors have it getting pushed back to a later date. I can’t think of a better time to announce your top product of 2012 than while the entire world is glued to TVs, watching a 2-week long telecast. Can you imagine the amount of reach we are talking about, here?

Samsung will also have a spot at this weekend’s Super Bowl, however, it is expected to be for the Galaxy Note.

So tell me, ready to obsess over Samsung? Are you obsessed with any tech company, for that matter?