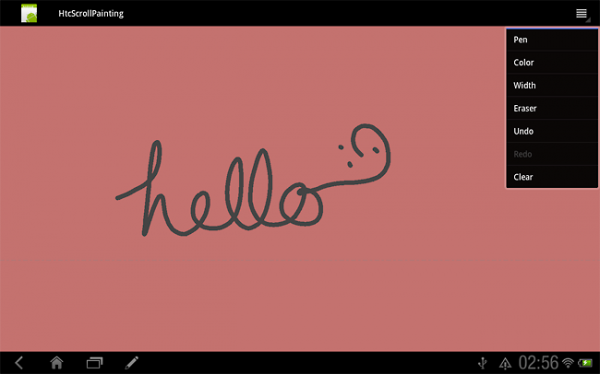 After exploring the HTCDev site, location of the almighty unlocking of the HTC bootloaders taking place later this year, a reader over at Android Central showed everyone a few things of interest. Included within the goodies are some screen shots of a Honeycomb tablet, running a version of Sense. It hasn’t been said whether this is just a developer version yet, or if this is exactly what we saw teased to be released on the HTC Puccini.

Looks like you can possibly count on there to be HTC Scribe on HTC’s first rendition of a Honeycomb tablet. Everyone open to the idea of bringing HTC’s Sense onto their tablets? Can Sense or any other OEM skin outdo what Honeycomb already does? TouchWiz was just recently pumped out the Samsung Galaxy Tab 10.1, and so far there are mixed reactions. Feel free to let us know what you think down below.