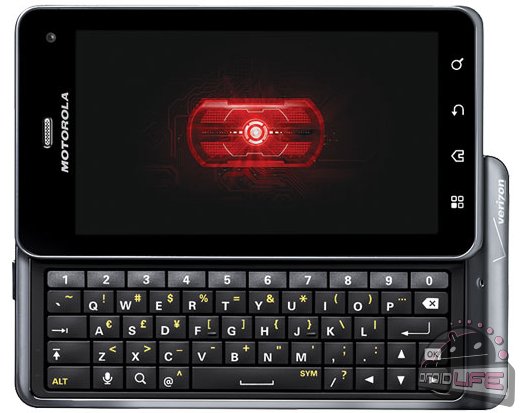 The DROID3 by Motorola should be available some time tonight around midnight eastern for direct fill orders, which would be through Verizon’s sales number and possibly online (not in stores though).  We know that Big Red has already uploaded a video walk-through of the device to Youtube that is just waiting to go public and we’ve seen it in a complete 360 degree view through their test site.  So the only things we really need are pricing and a press release – we have one of the two.

The device will go on sale for $459 at full retail and $199 on new two-year contract.  No big surprises there, but $459 is technically $10 higher than similar devices like the DROIDX2 that are available for just $449.  Maybe it’s the front facing camera?

So that basically covers it all.  Feel free to press “send” on that presser, VZW!