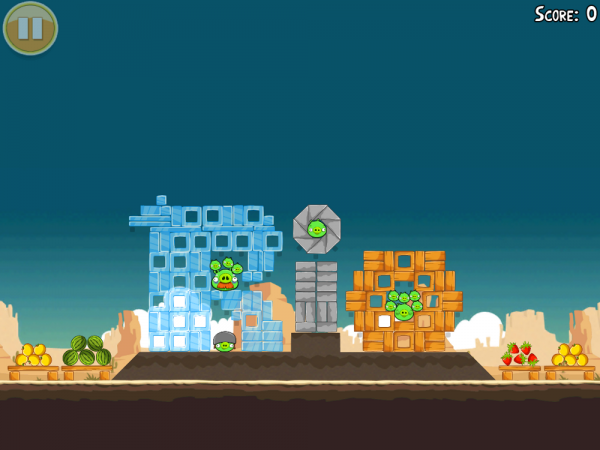 Whether you like it or not, Angry Birds is here to stay and to tell you the truth, it might just be getting started.  A new version of the game called Angry Birds Rio which includes 45 new levels should be here in March, but before that we’ll be enjoying another 15 or so levels on a Valentine’s edition.  See what I mean about “just getting started?”  And actually, before that we’ll be unlocking the level that you are seeing pictured above using a code found during this Sunday’s Super Bowl XLV.

As you can see, the blocks spell out the word “Rio” so we’re thinking it’ll be unveiling during a preview for the 20th Century Fox movie, also called “Rio.”

Oh, and what about that Valentine’s edition?  Some screenshots of this new version popped up over at AllThingsD and will be available some time around the 14th through the Angry Birds Seasons game you probably still have installed on your device.  Check them out below…