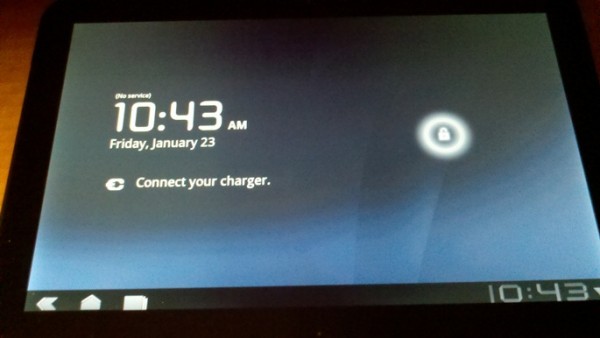 The much-anticipated Motorola tablet (Everest) has made another appearance, only this time over at Howard Forums courtesy of user wnrussell.  This appears to be the same prototype tablet which we first saw from Andy Rubin last Monday (high-res pictures) only this time we have a couple of additional shots providing a few new bits of critical info.  The device is definitely headed to Verizon.  If you check out the gallery below, we’ve got Big Red’s name featured as clear, well almost as clear as day, which means this will be the Droid tablet.

Some specs were confirmed:  1GHz dual-core NVIDIA processor, gyroscope, 32GB built in storage, SD card for more, 512MB of RAM, 1280 x 800 screen, mini-HDMI port, camera, and pure awesomeness.  This is the tablet you should be saving your money for.