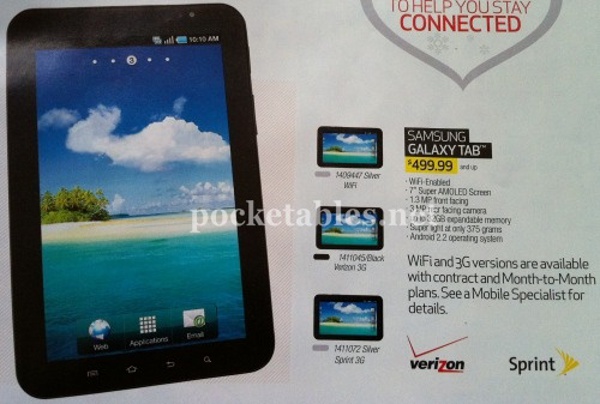 Hallelujah!  Wi-fi only version of the Samsung Galaxy Tab for just under $500 bucks and not in that boring all-black that Verizon will have it in?  Sold.  Well, maybe sold.  Since we all planned on tethering to the device anyway, is the $100 drop in price (from $599 on VZW) getting you a little more excited about the first major Android tablet?  This is definitely what I’ve been waiting for and have to admit that the silver color option has me even more jazzed.  (Yes, I said “jazzed.”)  Nice work Best Buy.

Oh and Sprint just announced theirs for $399 on 2-year contract.

Anyone want to start the rumor with me that Verizon was forced to sell the Tab off contract-only in order to get the thumbs up from Jobs to sell iPads?