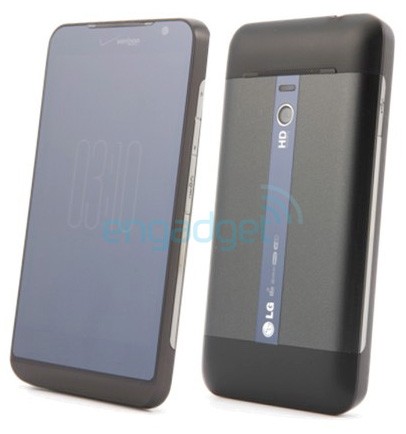 One of the first 4G LTE phones appears to have leaked out over the weekend and it’s not made by Motorola or HTC.  Nope, this hot little number is made by non other than LG and looks like one of the hottest phones we’ve seen in quite some time.  Rumored to be an Android device with a Tegra 2, we can also see that it takes HD video, possibly has a front-facing camera, and has a massive screen.  Sign me up.

We aren’t expecting it to launch before the holidays and could be another of the many devices that will debut at CES in January.

Via:  Engadget, Android and Me