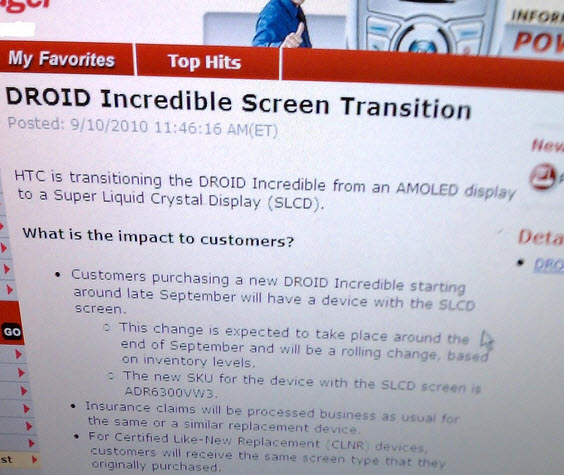 According to a Verizon insider memo, HTC is apparently ready to start shipping Droid Incredible devices with SLCD screens instead of their original AMOLED screens.  They announced that this change would start some time at the end of the summer and I’d say that they’ve nailed that time frame.  (Maybe they can teach Motorola what the term “end of summer” means?)  And actually, VZW is saying “end of September” for the rollout of this new screen guy which should help out with the DI’s not-so-user-friendly battery life.

One thing to note at the very bottom of that memo is in regard to Certified Like-New Replacements.  If you had an original DI with an AMOLED screen and need a replacement, you will be able to get one with that same screen type.

So tell us, SLCD or AMOLED?