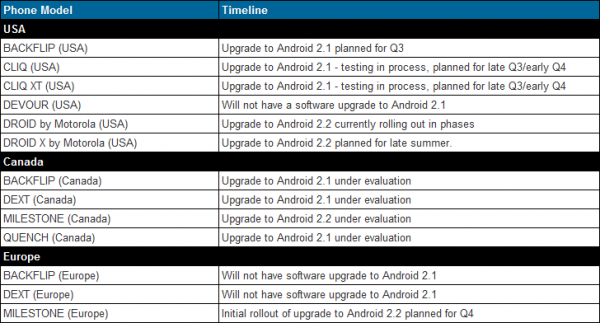 If the locked bootloader on the Motorola Milestone wasn’t enough, the news a month or so ago that Android 2.2 for the Euro-Droid was still under consideration just about started a war.  But guess what cousins of the Droid world?  Moto has decided to give it to you!  Well, to the European version anyway and some time in Q4.  Yay!

Still no firm date for the Droid X, but we’re thinking it could be any time now that a version of Froyo has already leaked for it.  We’ve even had a couple of sources confirm that the leak was the real deal, hence the reason for Motorola to send out C&D letters to have it removed.  And isn’t it late summer?  Or does “late summer” mean August 31st?