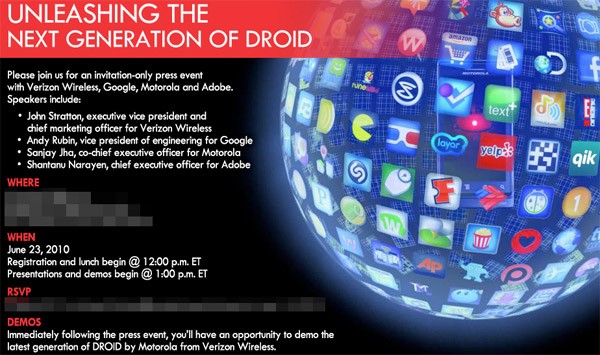 We told you that the official Droid X announcement was coming next week.  (Insert giant smiley.)

Next Wednesday, June 23rd, Motorola and Verizon will take the stage with Google and Adobe to announce their next lineup of Droid devices which we’ve given a ton of coverage to over the last few weeks.  (Droid 2 exclusives anyone?)  We won’t be there, but don’t worry, we’ll have plenty of coverage as always.

Coincidence that this comes the day before the iPhone is released?