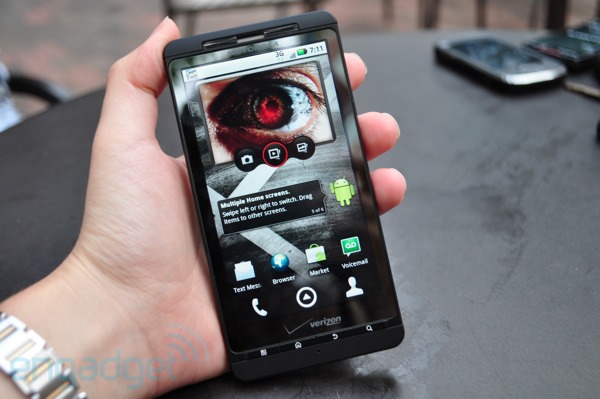 Engadget appears to be the first tech site to get a hold of the new Droid X by Motorola long enough to do a quick writeup.  They put this beast to test by showing off it’s 720p video capabilities, new Motoblur, its size in comparison to competitors, a new keyboard, and so much more.

This comes only hours after we broke the release date news and the official announcement which is coming next week.

Some of the highlights…

Like I said, they put together a pretty good review for only having the device for a short period of time.  They also have videos and an entire gallery that you must see.

Check out the rest of their writeup here.