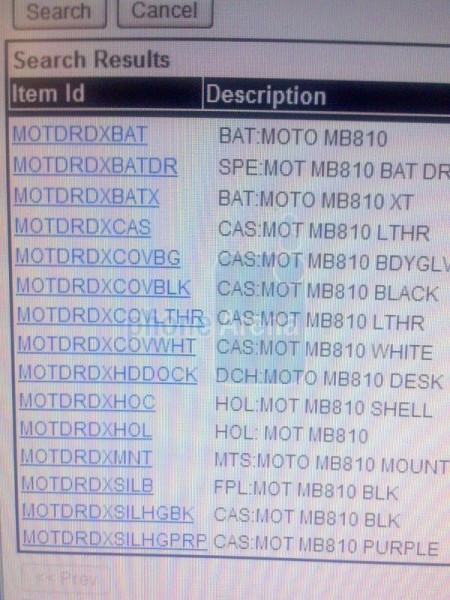 A new screenshot from Verizon’s inventory system has serviced showing a list of accessories for what can now be called the Motorola Droid Xtreme (previously the Shadow).  While that listing doesn’t specifically say “Xtreme”, it does say “MOTDRDX” with the “X” being the key to us believing what has been rumored for weeks now.

We broke the news over the weekend that the MB810 had landed in Big Red’s system, but after seeing accessories listed, you’ve got to think this device could drop any day.  Father’s day baby!