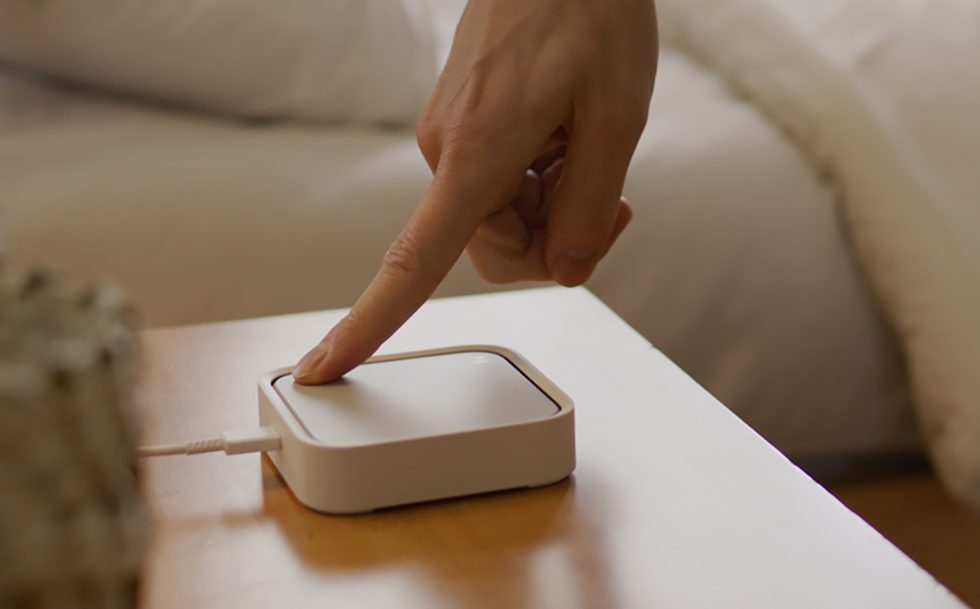 Samsung announced its new SmartThings hub today, called SmartThings Station. This little hub can control your home, help you find a lost smartphone, and charge your phone wirelessly. It may not have a screen, but this might a nice addition to your smart home anyway.

The SmartThings Station first acts as a hub to “seamlessly interconnect with other devices connected to the smart home” so that they all work together. The biggest feature for Station is in pre-set routines that will help with home automation, plus you can activate your own routines, like a bedtime routine that would trigger a bunch of actions. For example, you could turn off lights, lower the temperature, lock doors, all with the touch of a button.

Speaking of button, the Station has a button embedded within it that triggers routines like I just mentioned. This button can perform separate routines for short, long, and double presses. In the image above, you can see someone pressing the device’s button.

The SmartThings Station wasn’t only built as a smart home routine master, though. If you lose your phone in the house, a double tap on it can help you locate the device. It also scans for Samsung SmartTag devices and can tell you where those devices may be throughout your home or when they leave or return.

And finally, the Station is a wireless charger with 15W charging capabilities. All you have to do is set it somewhere convenient and then slap your phone on top to get it to charge.

Setup of the SmartThings Station happens once you plug it in, with notifications for setup automatically appearing on nearby Samsung devices. You can scan a QR code for help with setup as well.

The new SmartThings Station arrives as early as February and comes in black or white.