One of the longest running pieces of advice you’ll see in our comments when Google opens up pre-orders for their newest phones is that you might be better off waiting to order one. There are those who ask “Why?” because they either forget or are new to the Android world, but the short answer to that question is that Black Friday is typically a few weeks away.

Google is known for selling its brand new phones at full price out of the gate, only to discount them a month later during Black Friday. For 2022 and the Pixel 7 line, they are sticking to the tradition – both the Pixel 7 Pro and Pixel 7 are getting Black Friday 2022 deals.

The Pixel 7 Pro will be $150 off on Black Friday, dropping its starting price to $749. The regular Pixel 7 will be $100 off, giving you a starting price of $499. These are both incredible deals on a pair of phones we are obsessed with and that were already reasonably priced. 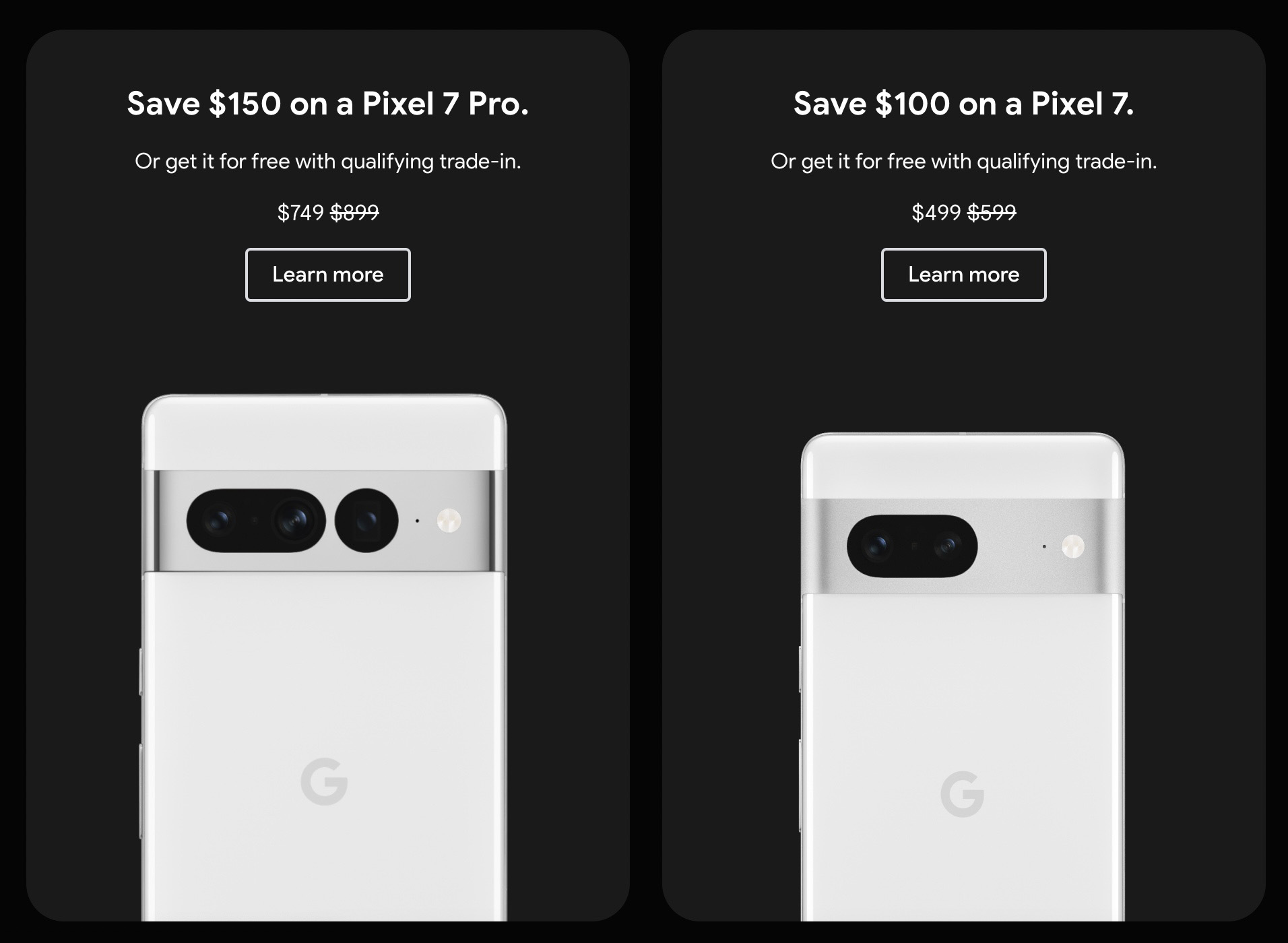 We’ve already reviewed both the Pixel 7 Pro (here) and Pixel 7 (here), calling both basically “perfect.” The Pixel 7 is my favorite phone to launch in some time, while Tim struggled to find any issues with the 7 Pro. If you ask us, these are the best Android phones you can buy at the moment.

Google revealed its Black Friday plans today in a preview on the Google Store. They also plan to drop the Pixel 6a to $299 ($150 off), which it has been for a couple of weeks now. Other deals include the new Chromecast HD down to $20, Nest Hub to $50, and the Pixel Buds A-series at $65. I’d imagine there will be more, plus other retailers are likely to match Google’s prices.

If you were holding out for Black Friday before purchasing a Pixel 7 or Pixel 7 Pro, it once again looks like you made the right choice. The Google Store Black Friday deals go live November 17.