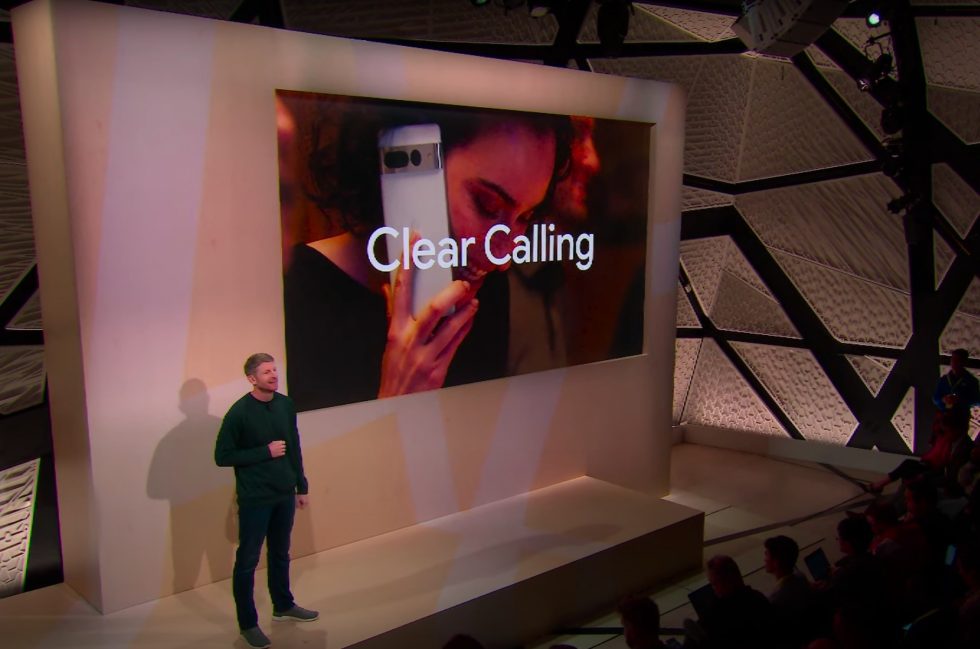 Clear Calling was another of noteworthy features that Google called out during its Pixel 7 launch event, only to tell us that it would arrive later on. They did specify that it would be a part of a future Pixel Drop and it now looks like December’s should be the one.

In the latest Android 13 QPR1 Beta 3 build, which is expected to release in December, Google has included Clear Calling on the Pixel 7 and Pixel 7 Pro. Woohoo!

For those who missed this part of the Pixel 7 event, Clear Calling was pointed out as using the same background noise suppression technology found in the Pixel Buds Pro. This machine learning tech can filter out background noise near you and also enhance voices of the person on the other line. So basically, if you are stuck in noisy traffic or a windy location, the Pixel 7 can filter out those noises and then enhance the other caller’s voice.

To find it on a Pixel 7, you’ll head into Settings>Sound & vibration. Scroll a bit and the “Clear calling” option will take you into its settings, which includes a single on-off switch.

Who is ready to make their first phone call of the month? 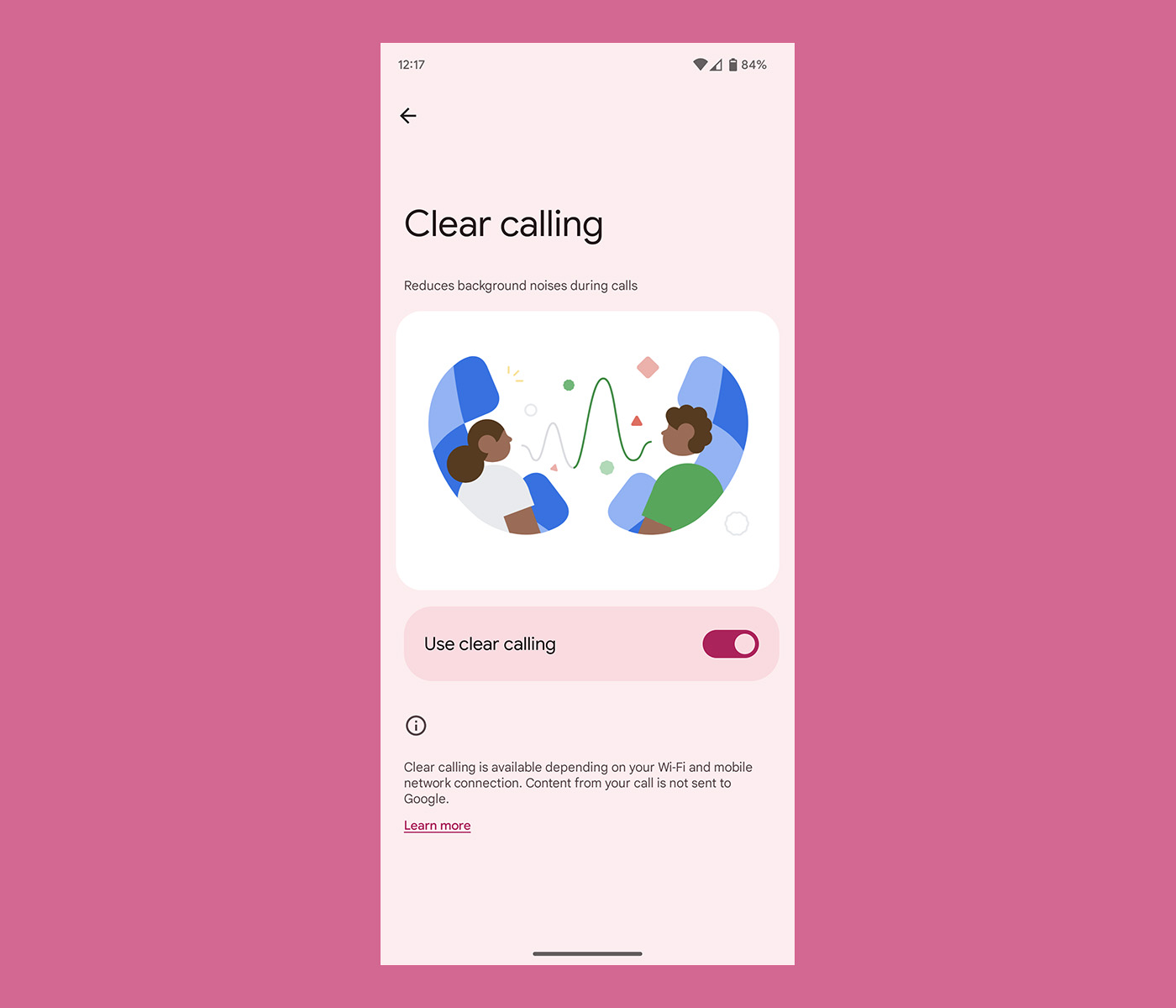