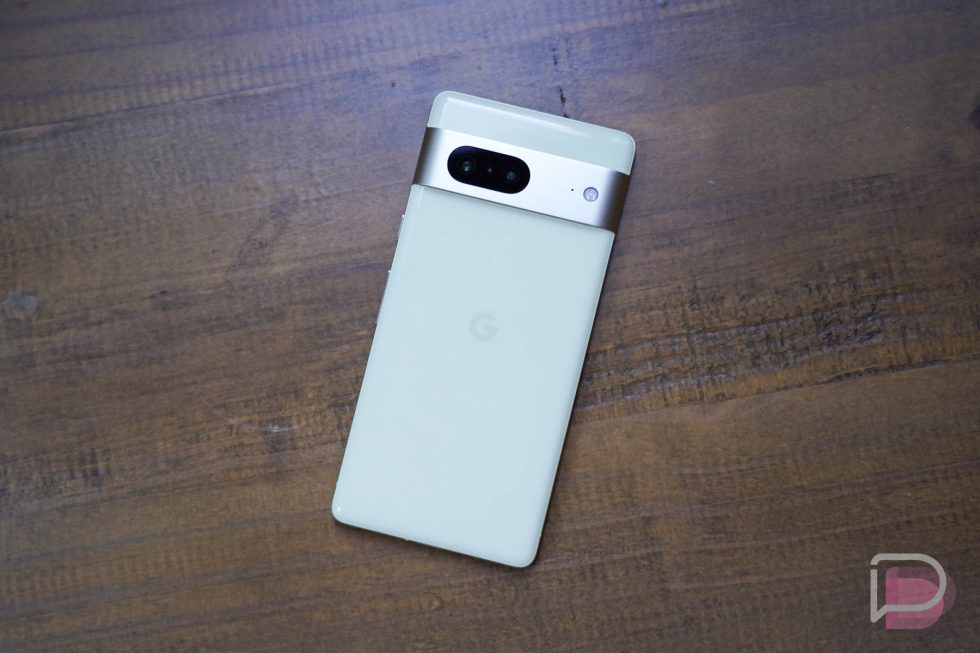 After spending the past week with the Pixel 7 and Pixel 7 Pro, we’ve learned a lot about each phone and have tested all the new features. We should have reviews up before long, but wanted to share a few notes about each device that you might have been curious about. Things like the new camera modes, sizing of each device compared to older models, battery life, and if the fingerprint reader is still trash, are all areas I’d like to know about if I were buying.

So let’s dive into 7 things to know about the Pixel 7 series. 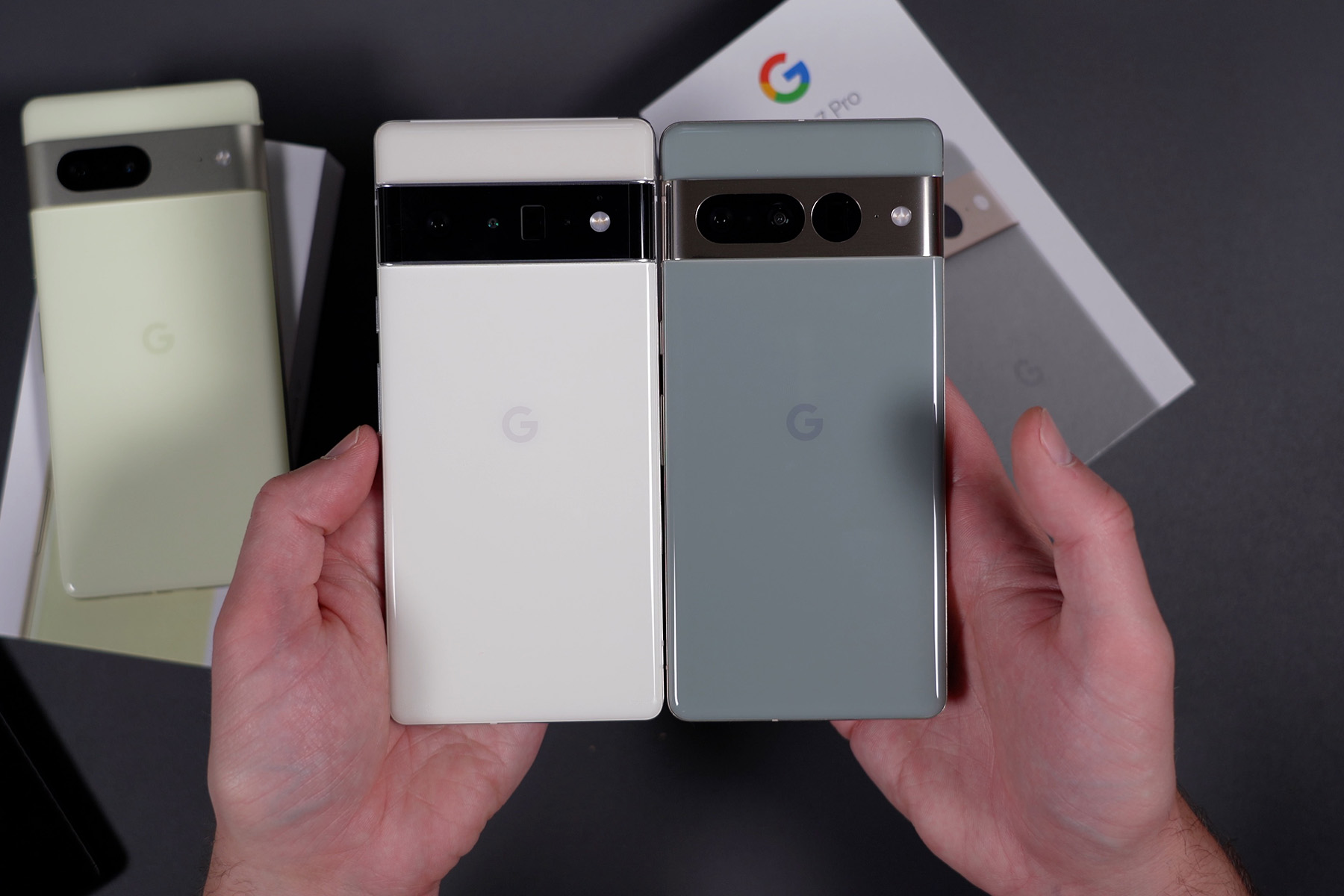 If you watched our unboxing video, you’ll see this comparison, live and in action. If you’d rather not suffer through that, here’s the simple breakdown.

The Pixel 7 is indeed a bit shorter and (feels) less wide than the Pixel 6. It is much easier to handle, even if the size isn’t dramatically different. The subtle reduction in overall size has made it much more manageable on a day-to-day basis. While it isn’t as small as the Pixel 6a, which might be the perfect size for a smartphone, it’s close. Google nailed the adjustments to the regular Pixel 7.

For the Pixel 7 Pro, sizing essentially remains the same as the Pixel 6 Pro. The Pixel 7 Pro might be slightly shorter than last year’s Pro, but as Tim described to me, if you were to close your eyes and hold each, you’d have trouble figuring out which was which. The only change might be to the display, which is slightly less curved, but not really in a meaningful enough way. 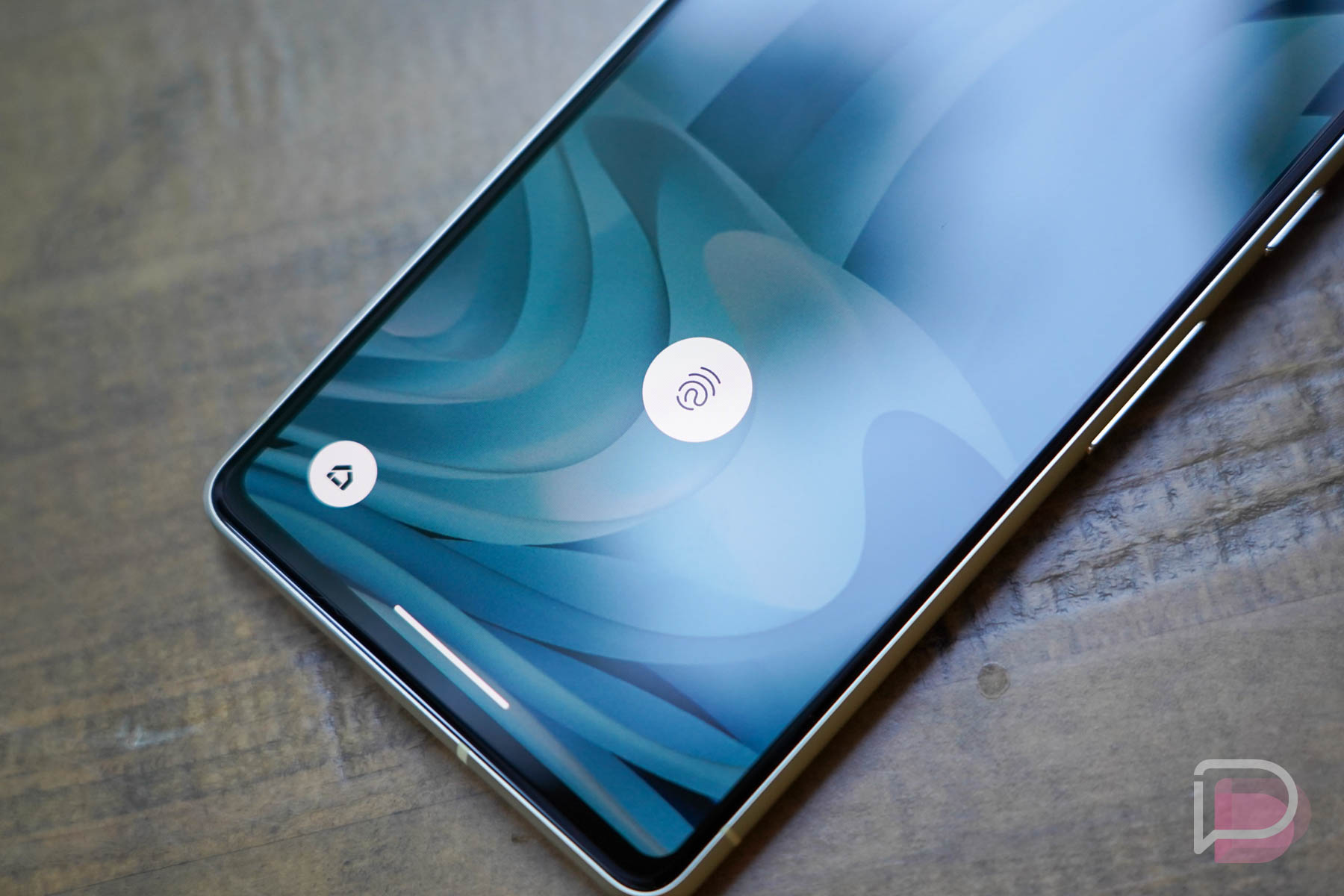 We will never stop making fun of reddit guy who tries to suggest that with every single Pixel 6 and Pixel 6 Pro update, that his fingerprint reader magically improved. Let it go, man, that thing is never going to be good. Google put the worst in-display fingerprint reader on Earth in those two phones.

For the Pixel 7 and Pixel 7 Pro, they clearly did something different. Both Tim and I would call the fingerprint readers in these phones “good.” They are quite quick, almost always unlock without issue, and have generally been a joy to use. Like, this is how a fingerprint reader is supposed to work. It helps you keep your phone secure and also then lets you easily enter it.

Google finally brought back face unlock after taking it away years ago and it seems to work pretty good. I’ve had it enabled on my Pixel 7 review unit since day 1 and haven’t had issues. In fact, I’d call it the bonus security feature we’ve been wanting on the Pixel line.

Setup is simple and works like any face unlock system. The front camera pops up a circle that you fit your face into and then it’ll ask you to look up and down to register all the angles. Once done, you have two options to “Require eyes to be open” and to “Skip lock screen.”

When I’ve used face unlock on the Pixel 7, it has worked well in lower lights and during the day. It skips right into the phone like I need it to as well. The thing is, I haven’t used it all that much because I typically just reach for the fingerprint reader, which as I mentioned, is actually good this time.

We’ll have a lot more to say about battery life on the Pixel 7 and Pixel 7 Pro in our full written reviews, but for now, just know that battery life is solid. Tim and I are both seeing full day battery life when staring at the screen for 4+ hours per day.

On the Pixel 7 that I’m reviewing, that has meant taking the phone off the charger at 6:30AM and running it unplugged until 11PM at night. When crashing in bed, I’m so far sitting around 20% each night, although some days with heavier usage have had me down to 10% and slightly nervous. Since the Pixel 7 (4355mAh) has a smaller battery than the Pixel 6 (4614mAh), I was worried when I started testing, but those worries have somewhat disappeared. I wouldn’t call this a battery king by any means, though.

On the Pixel 7 Pro, Tim is seeing similar, with around 4 hours of screen on time and 20% remaining when he calls it a night. The Pixel 7 Pro and 6 Pro both have 5000mAh batteries, so the lack of improvement from one year to the next isn’t surprising.

5. Macro mode on the Pixel 7 Pro is legit 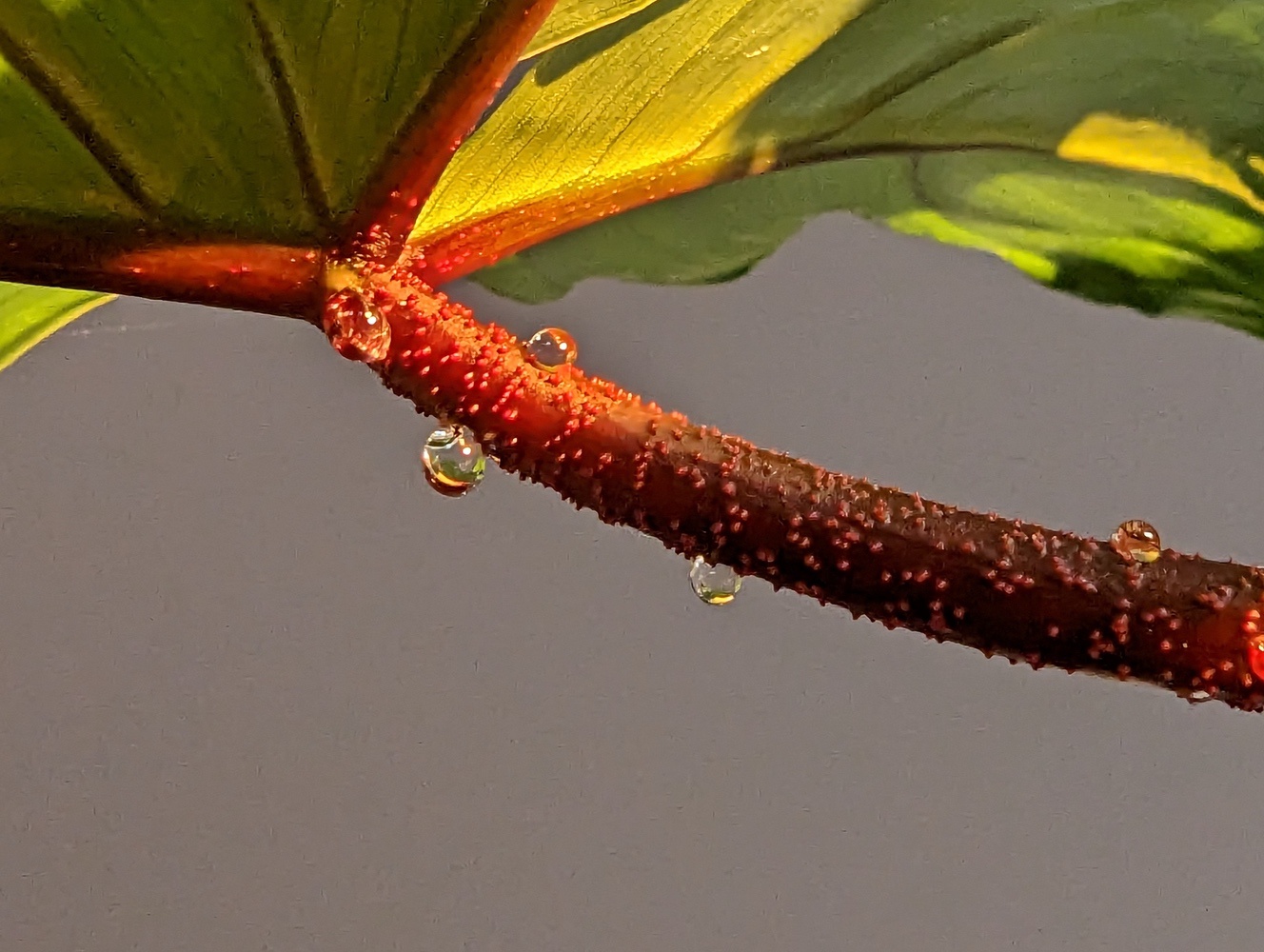 Tim put together an entire gallery of the shots he has taken with the Pixel 7 Pro (see them all here), but you have to see the Macro Focus captures like the one above. For the first time that I can recall, Google baked in a dedicated macro mode to help you get within 3cm of an object to snap all of those lovely little details.

So far, this appears to be an excellent addition to the Pixel 7 Pro camera experience. I can’t wait to test it for myself.

6. Photo unblur is so awesome 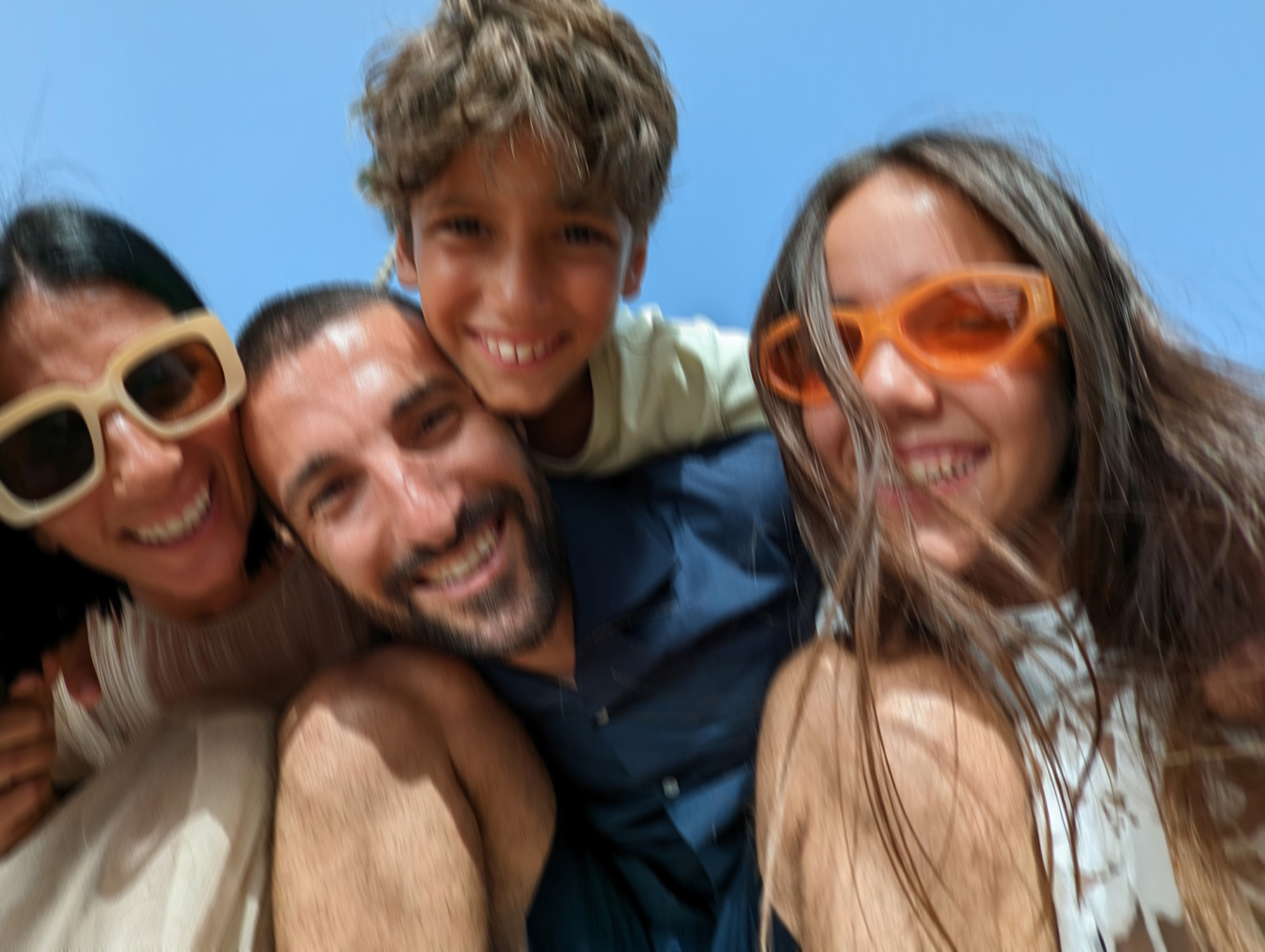 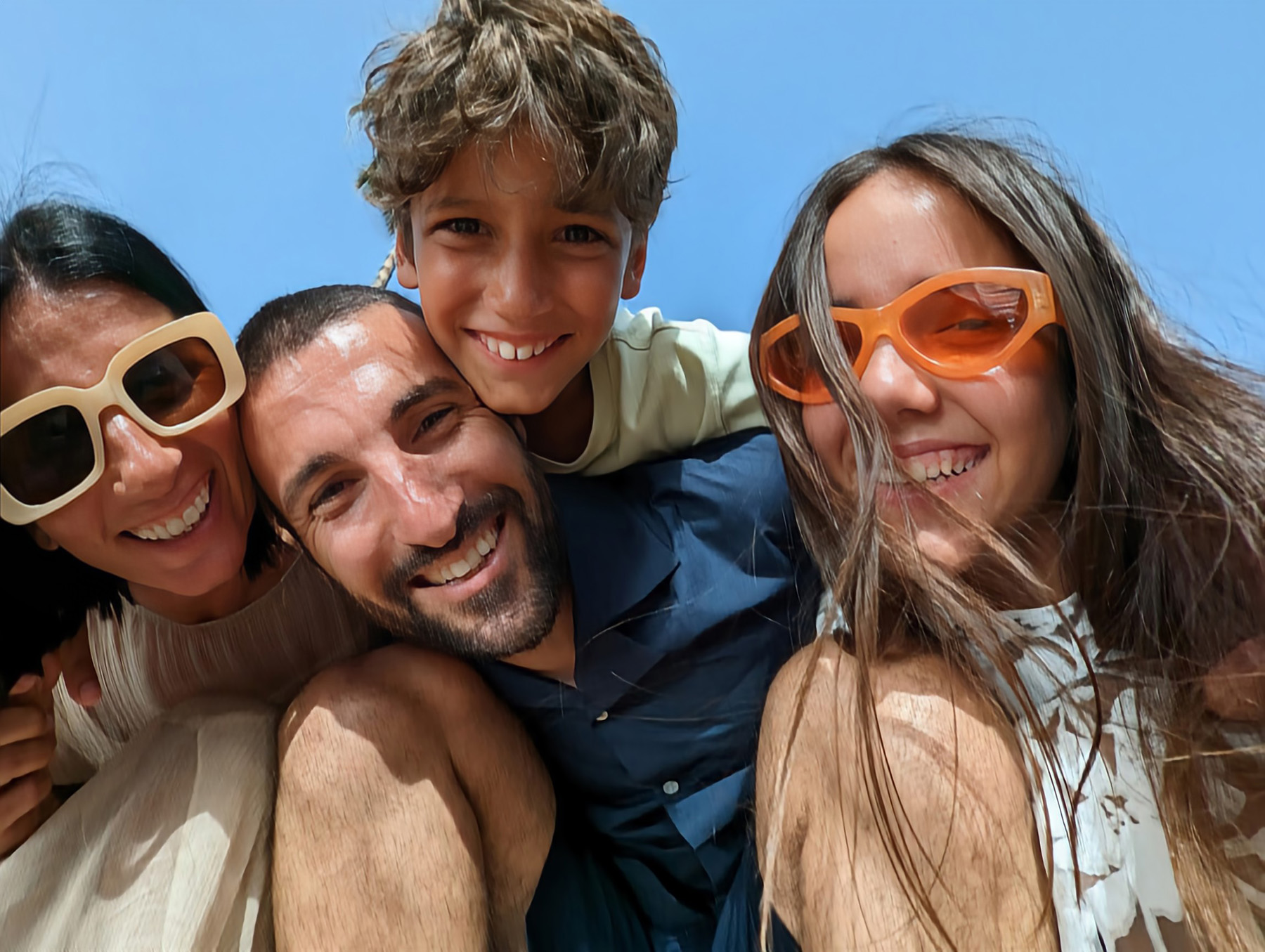 The Pixel 7 and Pixel 7 Pro have access to an exclusive Google Photos feature called Photo Unblur, where Google uses its fancy image processing to try and unblur photos you’ve taken. The thing is, these don’t have to be photos captured on the Pixel 7 and can be any old photo you have in your Google Photos library.

It is freakin’ magic. I pulled up old photos of my son, because I have tons of blurry photos of him from old and bad smartphone cameras, and it actually unblurred them. It made them usable. I’ve now spent quite a bit of time scrolling through old photos, looking for blurry shots so that I can fix them.

I’d imagine Google could open up this feature to other devices as a premium Google One feature. Until then, the Pixel 7 gets you it and it is awesome.

To use Photo Unblur on your Pixel 7 or 7 Pro, open up a photo in Google Photos, hit the “Edit” button and then scroll over to “Tools.” You should see an “Unblur” option in there.

The samples above are from Google, by the way. I don’t know those people.

When Google introduced the Pixel 6 and Pixel 6 Pro last year, it marked a new design era for the Pixel line. The phones certainly took on a new identity that was unmistakable, but they also felt weirdly put together. The big camera bar didn’t seamlessly blend into the frame and had a cheap plastic cover, the top of the Pixel 6 Pro had that ugly plastic 5G mmW window, the haptics varied greatly between the two, and they definitely came off as two separate phones in two categories.

For the Pixel 7 and Pixel 7 Pro, these feel like Google made all of the right improvements to their overall designs and builds. The Pixel 7 now looks like the smaller version of the Pixel 7 Pro and is almost as “Pro,” rather than a weird cousin. The metal frames and camera housings have lovely finishes and blending throughout, that 5G mmW window is barely noticeable, and the haptics are excellent on both.

I’m still not sure Pixel 6 or Pixel 6 Pro owners need to upgrade, but the subtle improvements to the overall quality of these phones has me considering those trade-in offers from Google to get these in hand going forward.