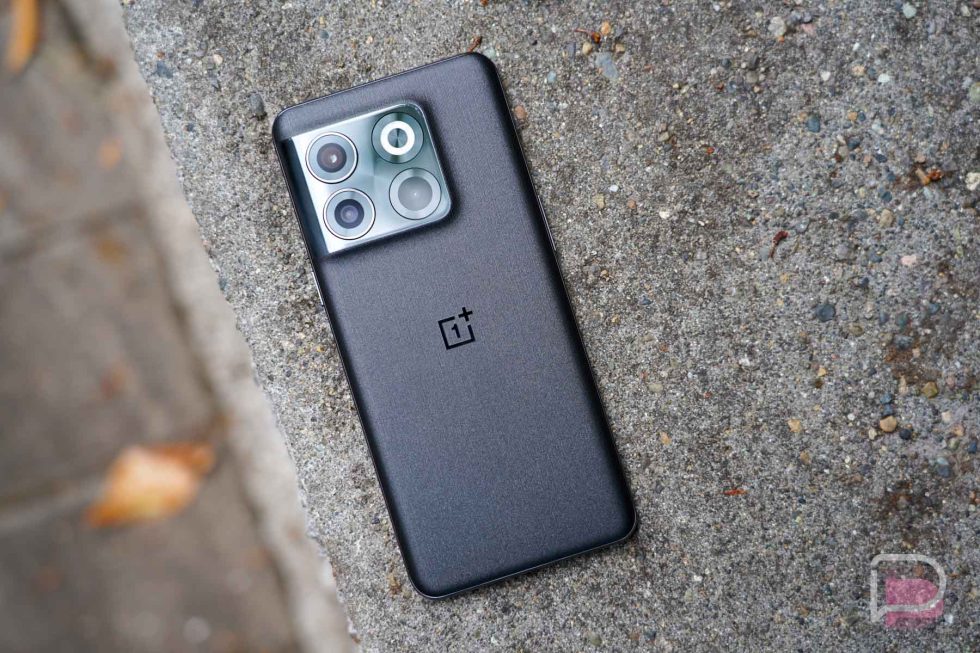 OnePlus changed up its mid-year release schedule for 2022 by not giving us another Pro-level phone and instead dropping the OnePlus 10T on us. Not that this phone doesn’t have several pro-level specs, but it also arrives with a set of cuts that were made to keep the price at a starting point that could be quite appealing depending on your phone needs.

Starting at $649 and with Qualcomm’s new 8+ Gen 1 chip, the OnePlus 10T hits the US at the end of September, with pre-orders open now. We’ve been able to test the top-end version for several weeks prior to that launch and are ready to share some thoughts.

If you wanted to know about the OnePlus 10T and how we think it stacks up in a world that is about to be filled with new phone options, let’s dive into it. This is our OnePlus 10T review. 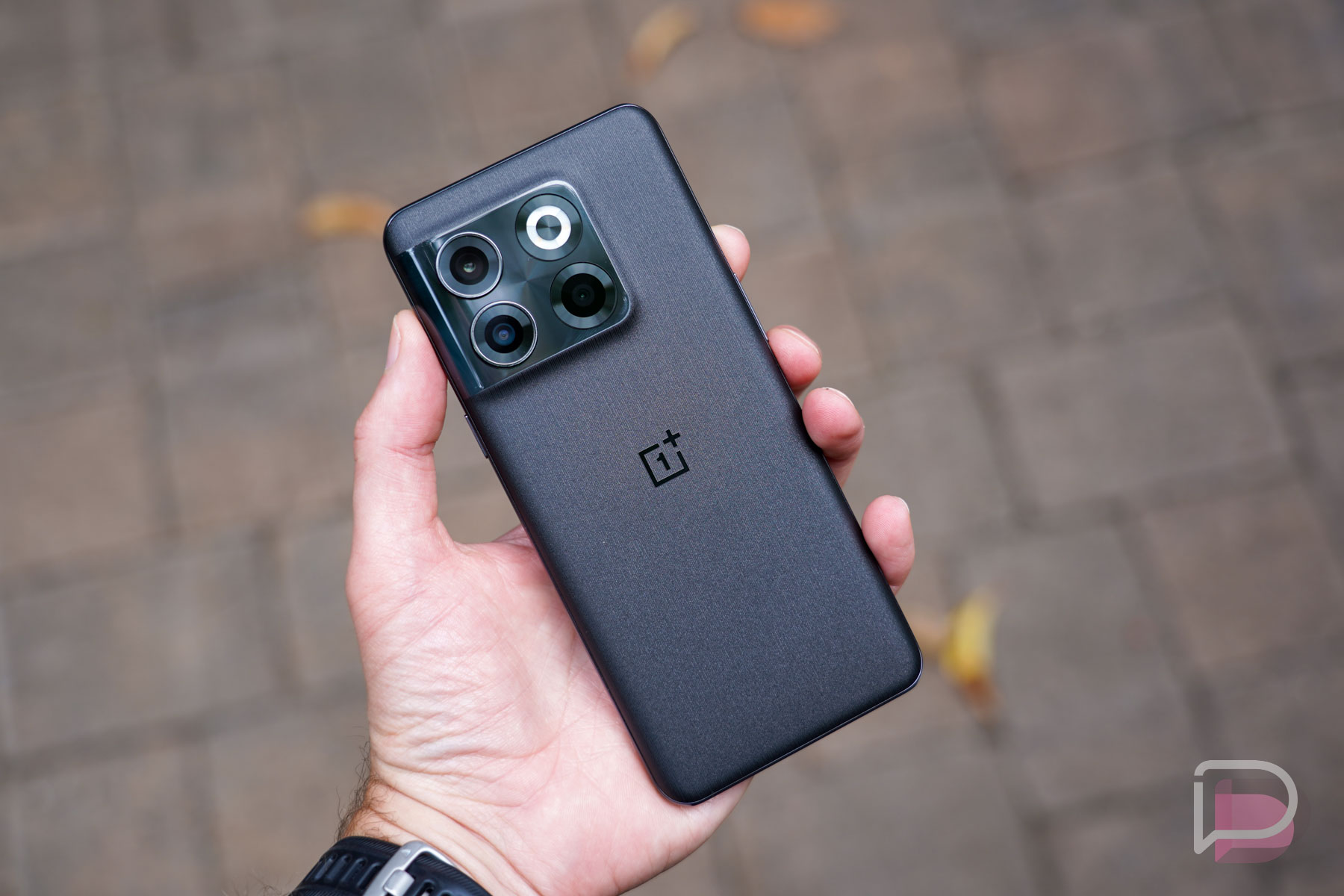 Specs for the money. At $649, the OnePlus 10T has a lot going for it in the specs department, assuming you are OK with an OK camera. OnePlus certainly made some cuts to this phone from the OnePlus 10 Pro to keep the price down, but they also included a ton of high-end components that you’ll feel when using it.

Charging. I’m not sure I can properly express the level of excitement I had the first time I plugged this phone in and watched it charge with the included 160W charger that charges at 125W in the US. OnePlus claims you can charge the 10T from 1 to 100% in 20 minutes and I thought, “There’s absolutely no way that’s possible.” And then it basically happened.

I was actually talking to a friend as I first plugged the phone in at 33% because I wanted to show him the charging speeds on the screen. Within a minute, I reported back to him that it had jumped to 45% – that’s a 12% increase in 60 seconds. Within 3 minutes it was at 54%. It finished at 100% not much later. Another charge I started at 19% and within 19 minutes it was at 100%. Knowing that it can do at least 12% in a minute, we’re pretty close to that 20 minute claim.

This is a major selling point for the phone. I do wish it had wireless charging, but when charging is this fast, you may not need it. Most phones, I run down until they get slapped on my Pixel Stand at night to trickle charge at whatever speeds it produces. With the 10T, I didn’t have to do that because I’d just grab the charger whenever and toss in 40 or 50% juice in a couple of minutes. It totally changed the way I went about my daily charging routine. 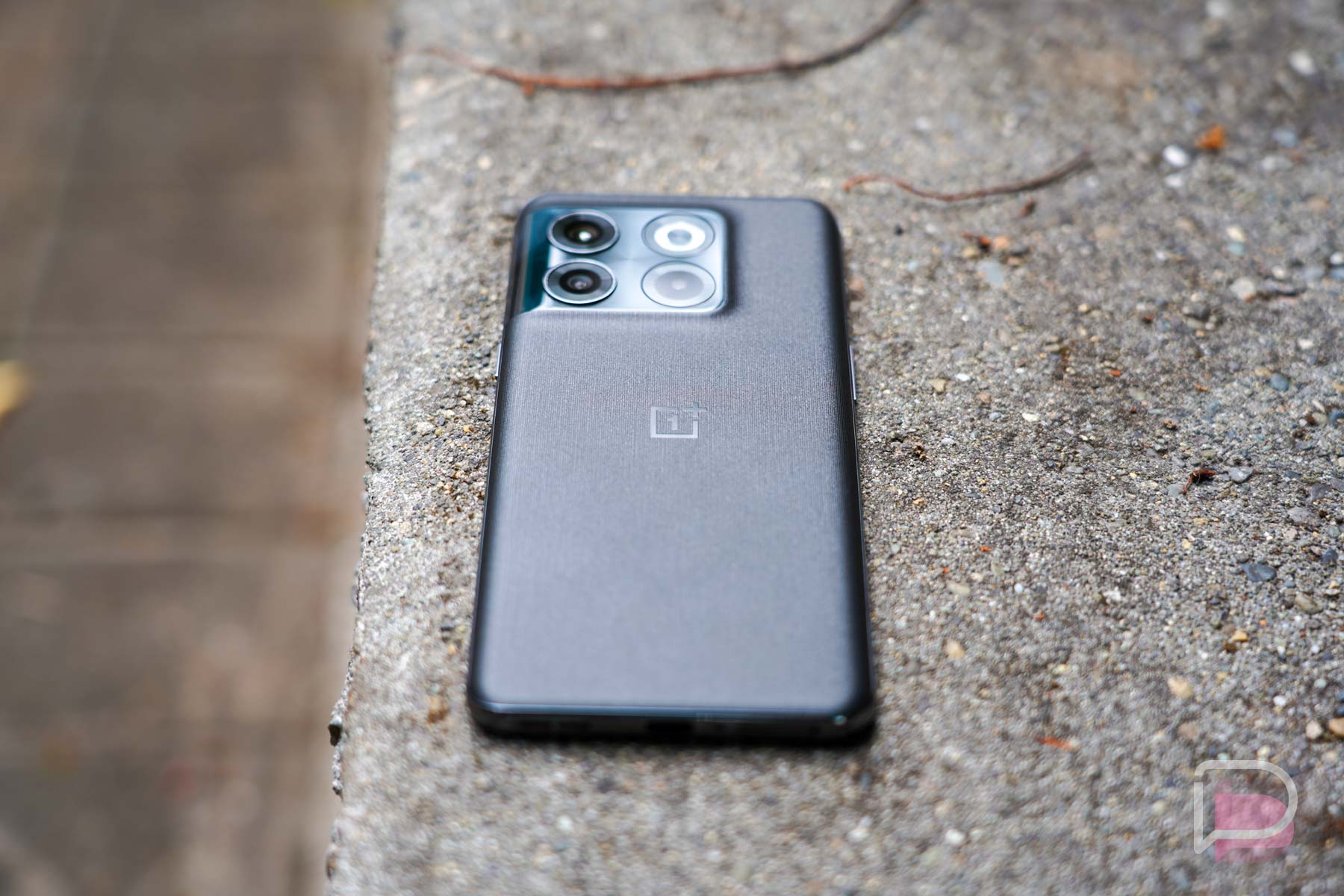 Performance. This phone is fast. You sort of expect it to be, since it’s a OnePlus phone in the higher-tier, plus it runs Qualcomm’s best chip, the 8+ Gen 1. It really delivers. Combine the chip with OnePlus’ tuning within OxygenOS, the high refresh rate display, fast RAM and storage, and this phone isn’t going to stutter or slow. In fact, it feels almost like a gaming phone that’s ready for you to throw everything and then some at it.

I sort of mentioned this in the specs section earlier, but for $650, there might not be a better performing phone for the money. Every other phone with an 8 Gen 1 or 8+ Gen 1 wants a lot more money than this. We’ll talk about some of the areas OnePlus had to cut in a bit. However, if you want a phone with just raw power and ridiculous charging, this is a tough one to beat.

Display. On the 10T, you get a 6.7″ AMOLED display with a 1080p resolution and 120Hz refresh rate. It’s a nice display and one I like specifically because of its flatness. There are no curved edges to be found here, folks.

But overall, it’s super fast, has great touch response and tracks remarkably well with your finger, and gets very dim in darker situations, a feature I truly appreciate. On the top end of brightness, this isn’t matching Samsung, but it gets bright enough for the most part. I also like the plethora of options for the display, from dark modes to eye comfort customizations and Pro Color controls.

If you want a flat, no-nonsense AMOLED display with a punchy and extra-contrasty color profile out of the box, with solid viewing angles, that’s what you get here.

Battery life. I have to apologize here, because I don’t have a bunch of battery numbers for you like I normally do during a review. This phone, with its insane charging, changed the way I used it and so I really didn’t have opportunities to document well what my battery life was like.

What I can tell you is that I never ran into issues. I know my first couple of charges got me through to the following day and then I’d charge in a couple of minutes to 100%. From there, I’d simply use the phone and go to bed, often without plugging it in, only to find enough charge left the following day to then hit 100% again in a few minutes.

I just never worried about battery because of how fast it can charge. For those of you not near a charger or outlet during the day, I am failing you, and I know that. This phone just threw me off and I’ll be better next time. For those who have access to charging in a day, you will never have to worry, because even if you have 3 minutes to charge, you’ll get 30% battery back. 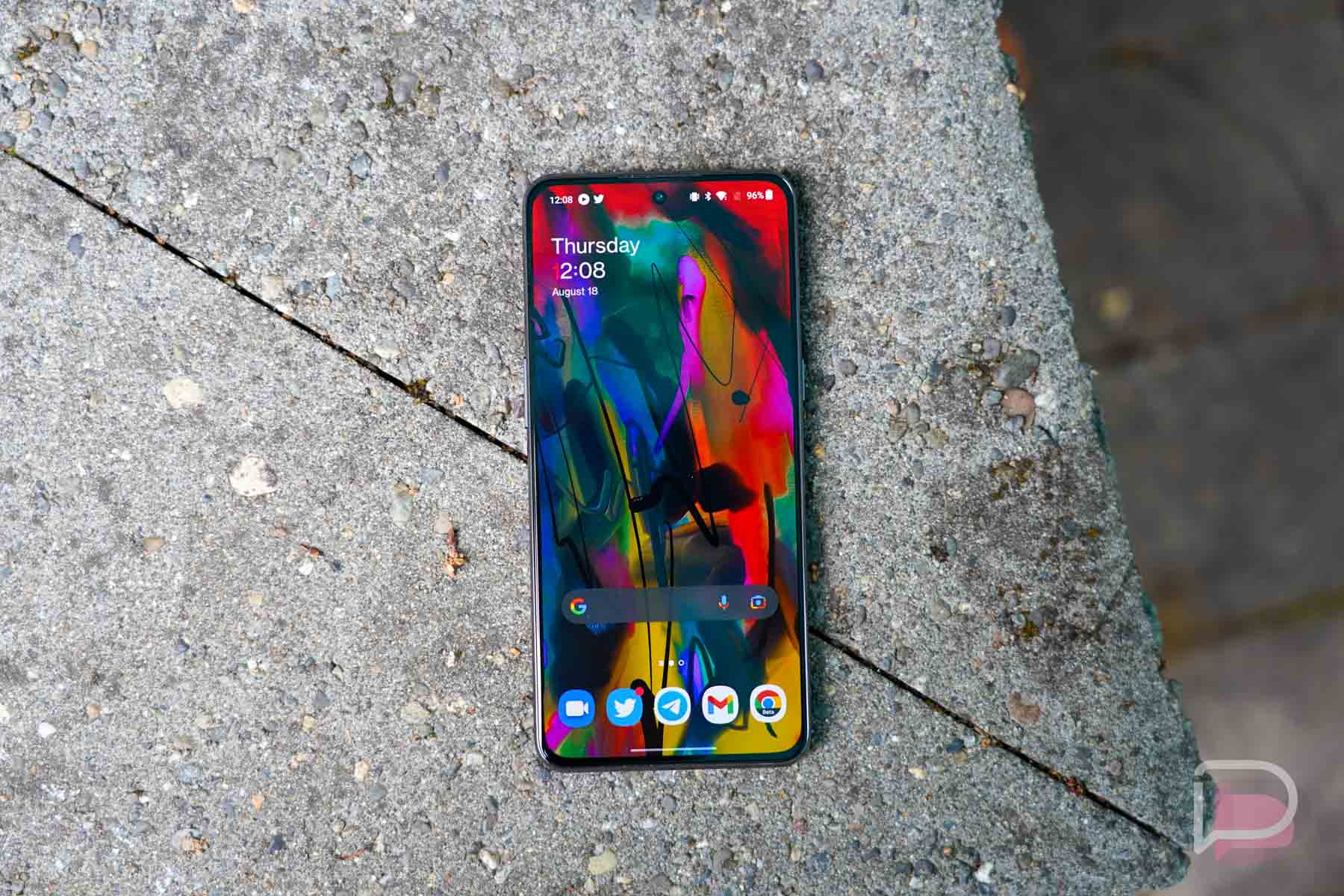 Software. This is likely an unpopular opinion, but I don’t hate “OxygenOS.” I know that it is not at all what it once tried to be, a clean and fast version of Android with added features as bonuses. I know that it is a direct copy of OPPO’s ColorOS, only renamed to try to trick some into believing it’s still a OnePlus software. But honestly, it’s mostly fine.

Again, it runs well and is fast as hell. It’s bloated, for sure, just like Samsung’s bad One UI is. There are features and animations you wish you could make go-away forever. It also has a bunch of features I like a lot, though.

For example, it has multiple shades of darkness for its dark mode, a ton of customization to the always-on display, a number of haptic and vibration controls, support for custom icon packs, a vertical scrolling app drawer, a way to hide unwanted status bar icons, and a whole bunch of display options. It mostly handles notifications the way Android should, doesn’t mess with the quick settings area, has a normal-ish app switcher experience, and even lets you decide how fast animations are when you jump in and out of apps.

OnePlus promises to properly support the 10T with OS version updates for 3 years and a full 4 years of security patches. That’s quickly becoming the standard in Android. They aren’t always super fast after the first year with those version updates, but they do stick to them. 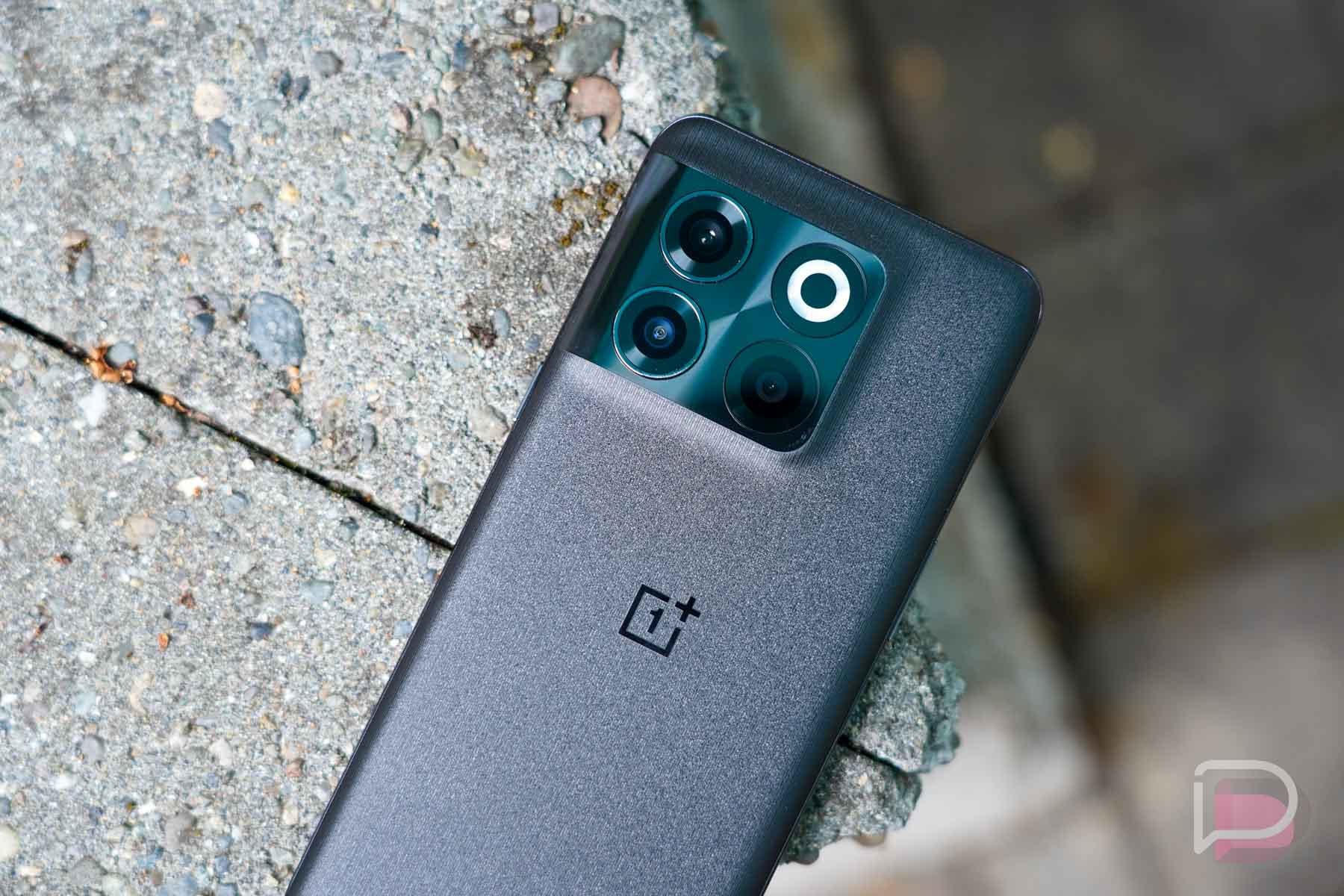 What’s bugging me about it?

Design. This might sound odd after I praised the design of the OnePlus 10 Pro a few months ago, but the design of this phone isn’t my favorite. And maybe it’s not so much the overall design as it is this gross backside material. The phone, obviously, looks like a OnePlus phone with the big camera housing and the sunrise silhouette. I even like the flatness to the display and the subtle curve on the backside to help it sit nicely in your hand.

But man, this back texture on the Moonstone Black model is gross. It looks kind of cool on video and in pictures, but in hand, it feels like one of those shitty skins people buy from companies I’d rather not mention. Like, it doesn’t feel like glass or a texture you’d want to touch very often. I’ve wished on multiple occasions that I could peel this off and reveal a normal glass backside.

Overall, the design isn’t bad, it just comes off a little cheap feeling. Maybe I’m being unfair there because I’m still spoiled from the OnePlus 10 Pro. Put a case on it and you’ll probably not care.

Camera. OnePlus isn’t trying to sell you the OnePlus 10T because of its camera. They put a Sony IMX766 in here as the main 50MP shooter and then surrounded it with an 8MP ultra-wide and pointless 2MP macro lenses. That IMX766 camera is the same one you’ll find in Nord phones and other budget options, like the new Nothing Phone (1). It is not a high-end camera.

This phone also doesn’t bring out the Hasselblad partnership and whatever tuning that has meant for OnePlus’ Pro line of phones. It still means a fully-featured camera app, with a Pro mode, Portrait and Night options, etc. It just doesn’t mean that you are getting an experience like on the OnePlus 10 Pro, which (again) makes sense since the camera being used isn’t on that level.

In my experience with the 10T’s camera, I found it to be a capable shooter in good light that struggles when indoors or the lights go down. It struggles at times in wider landscape shots or in situations with complex color elements, but is solid in portraits and close-ups. I think the 10T’s camera delivered about what I expected – an OK camera with limitations. 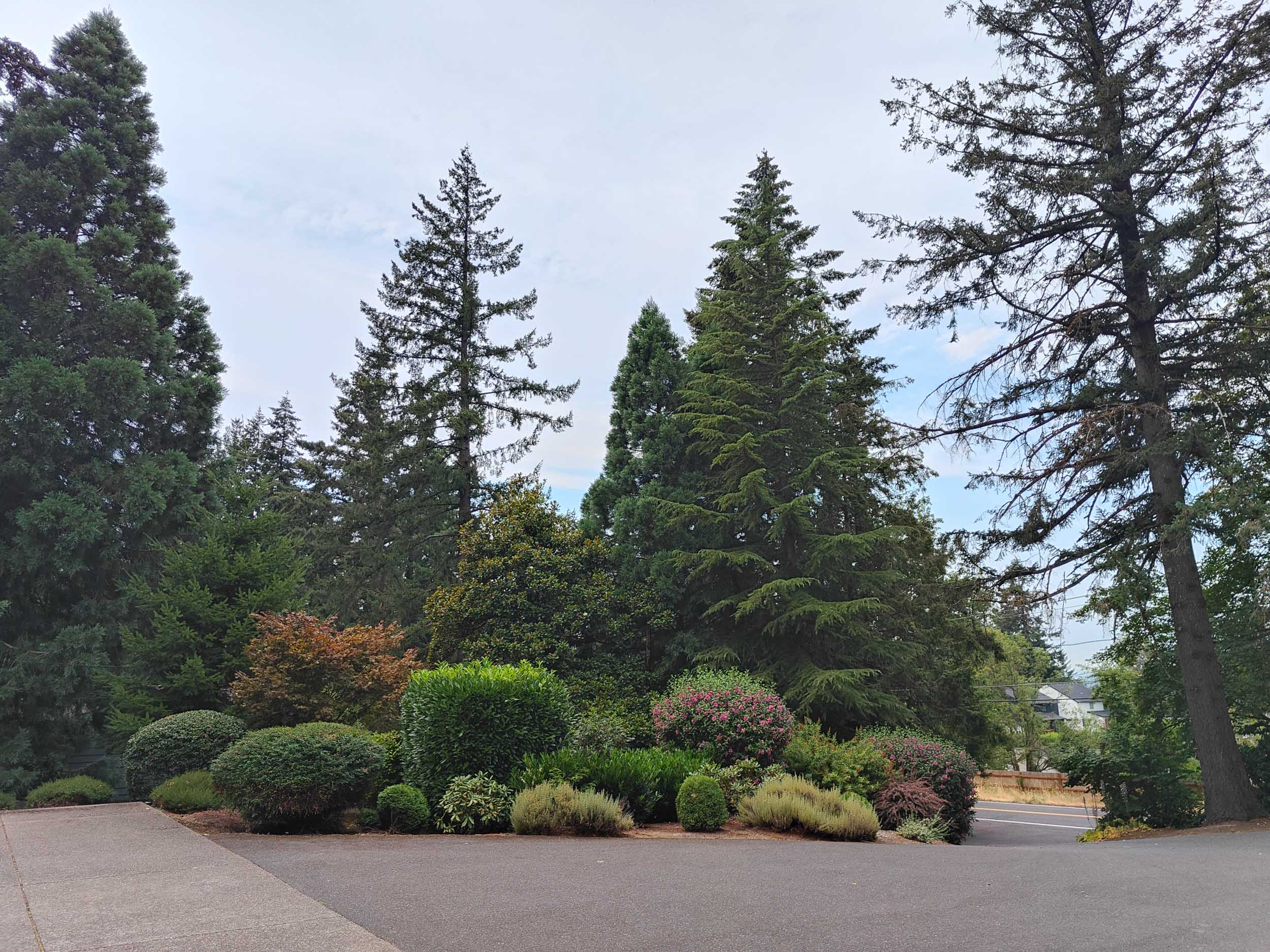 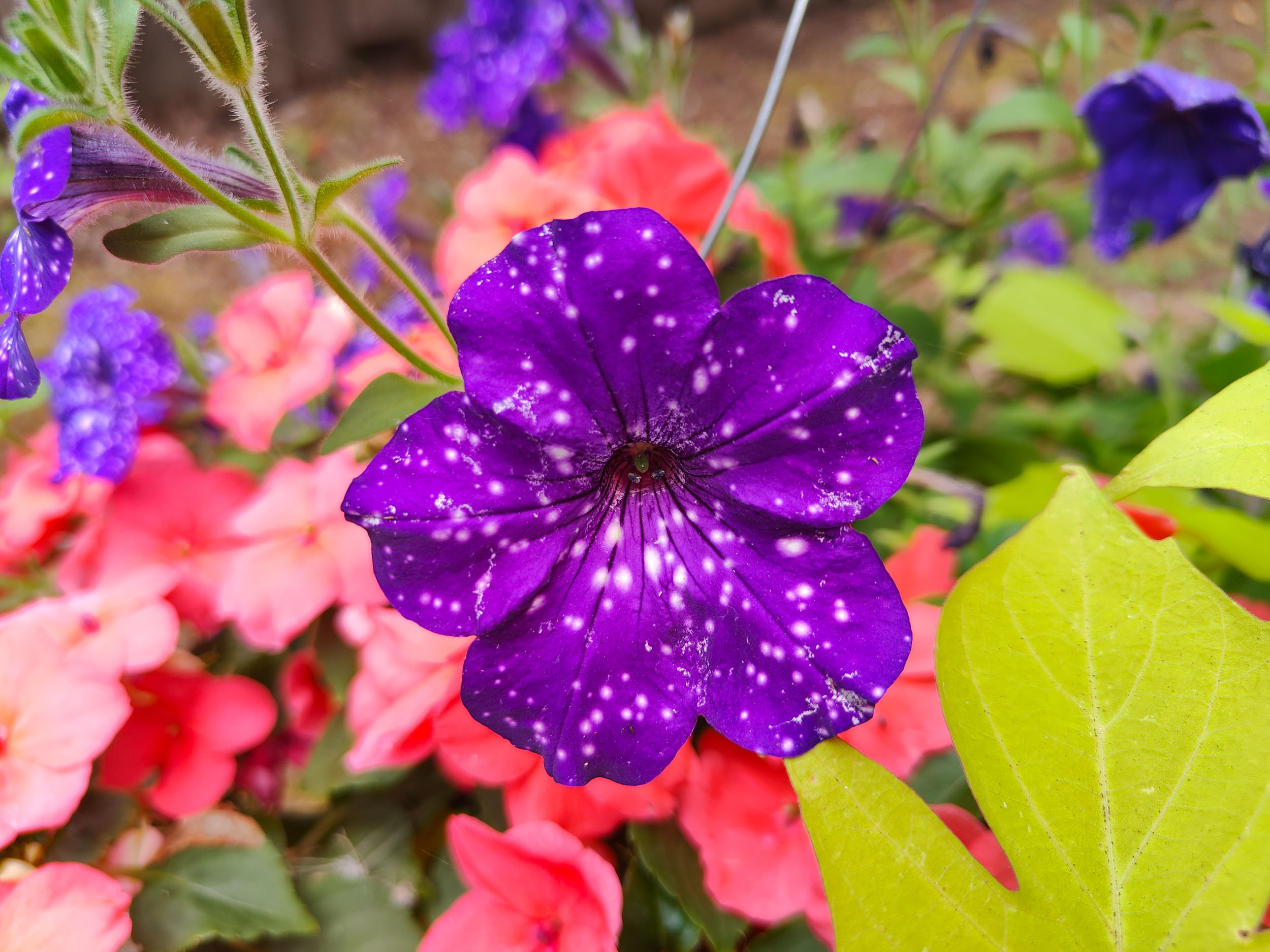 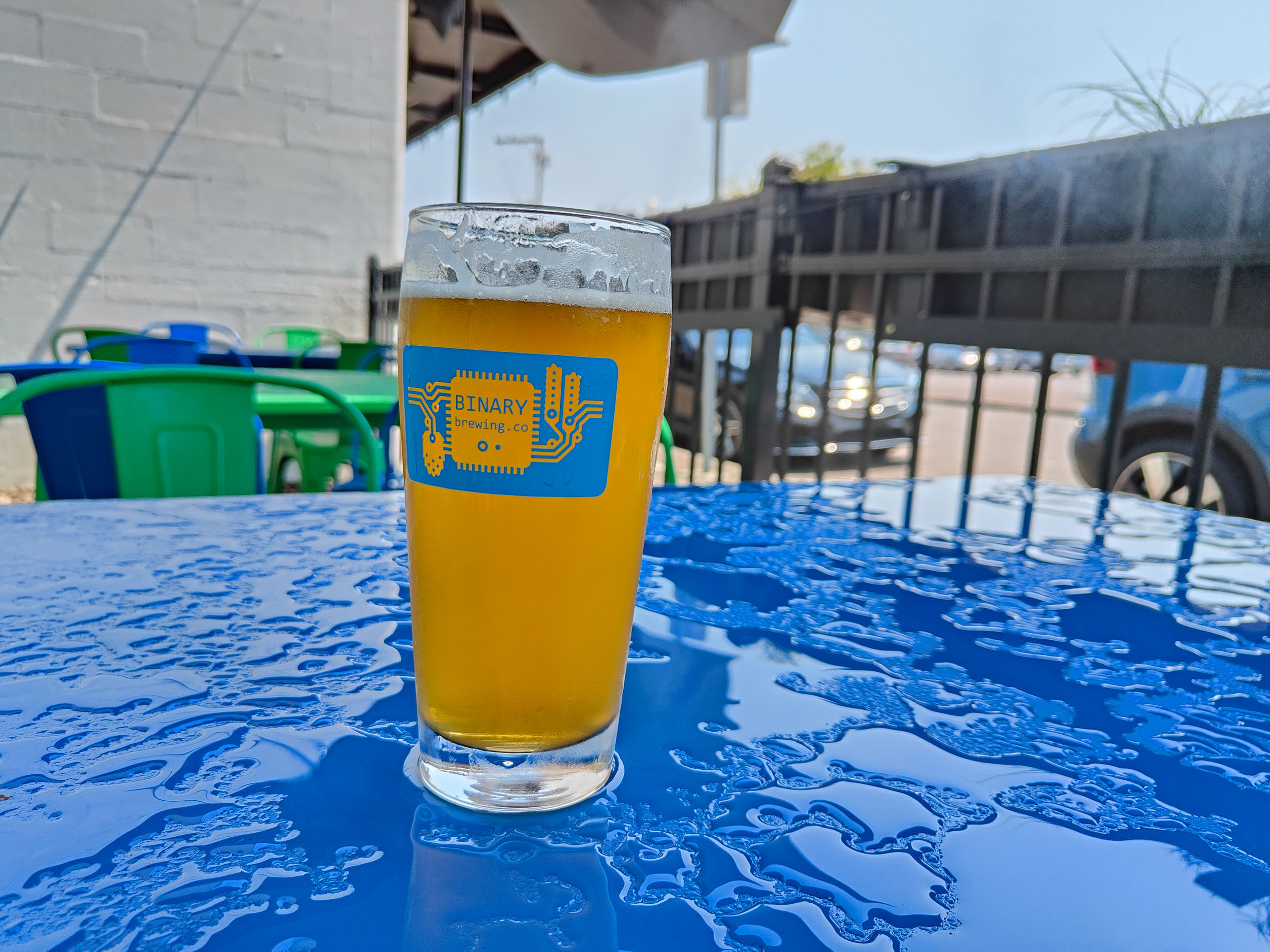 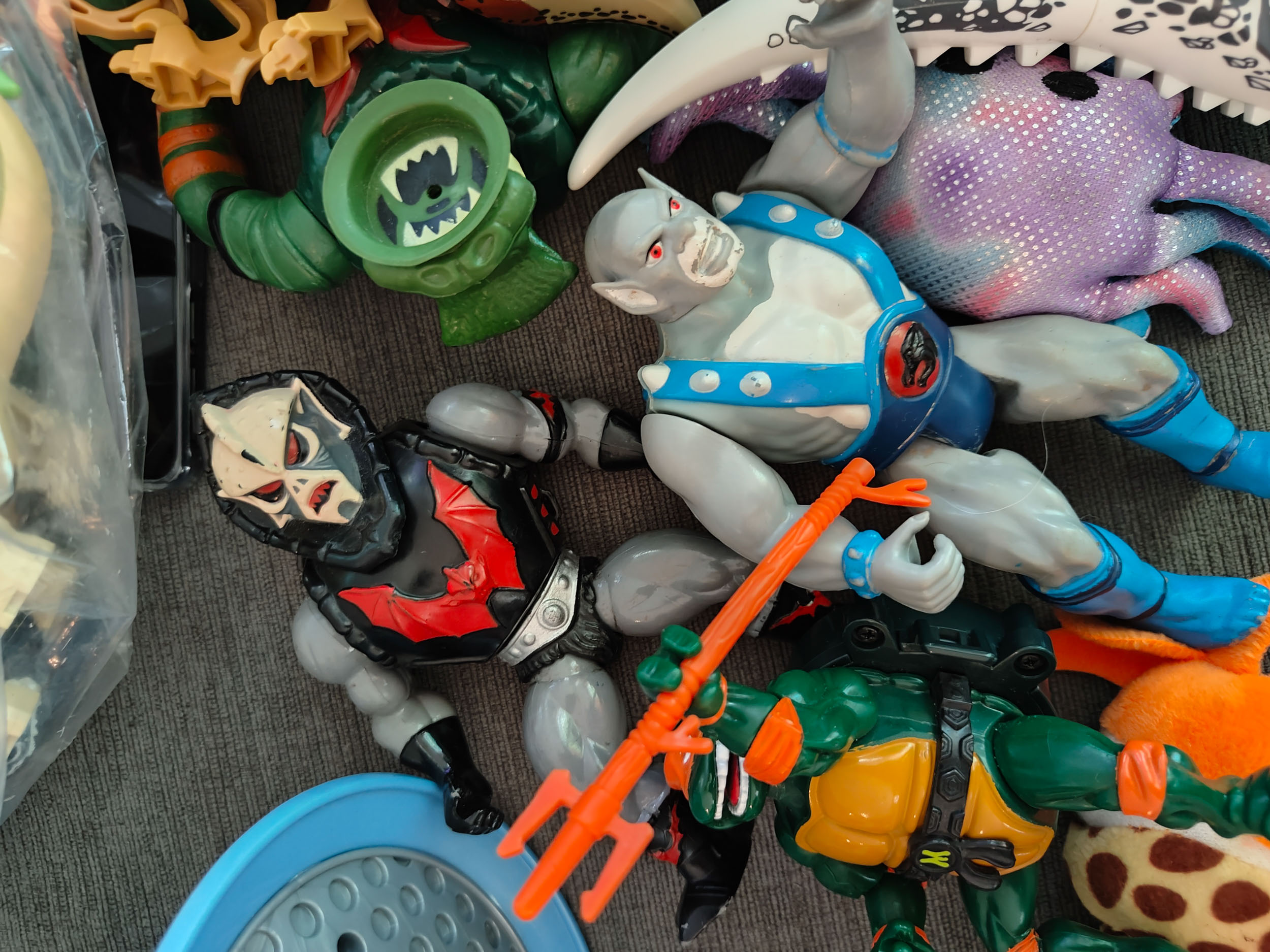 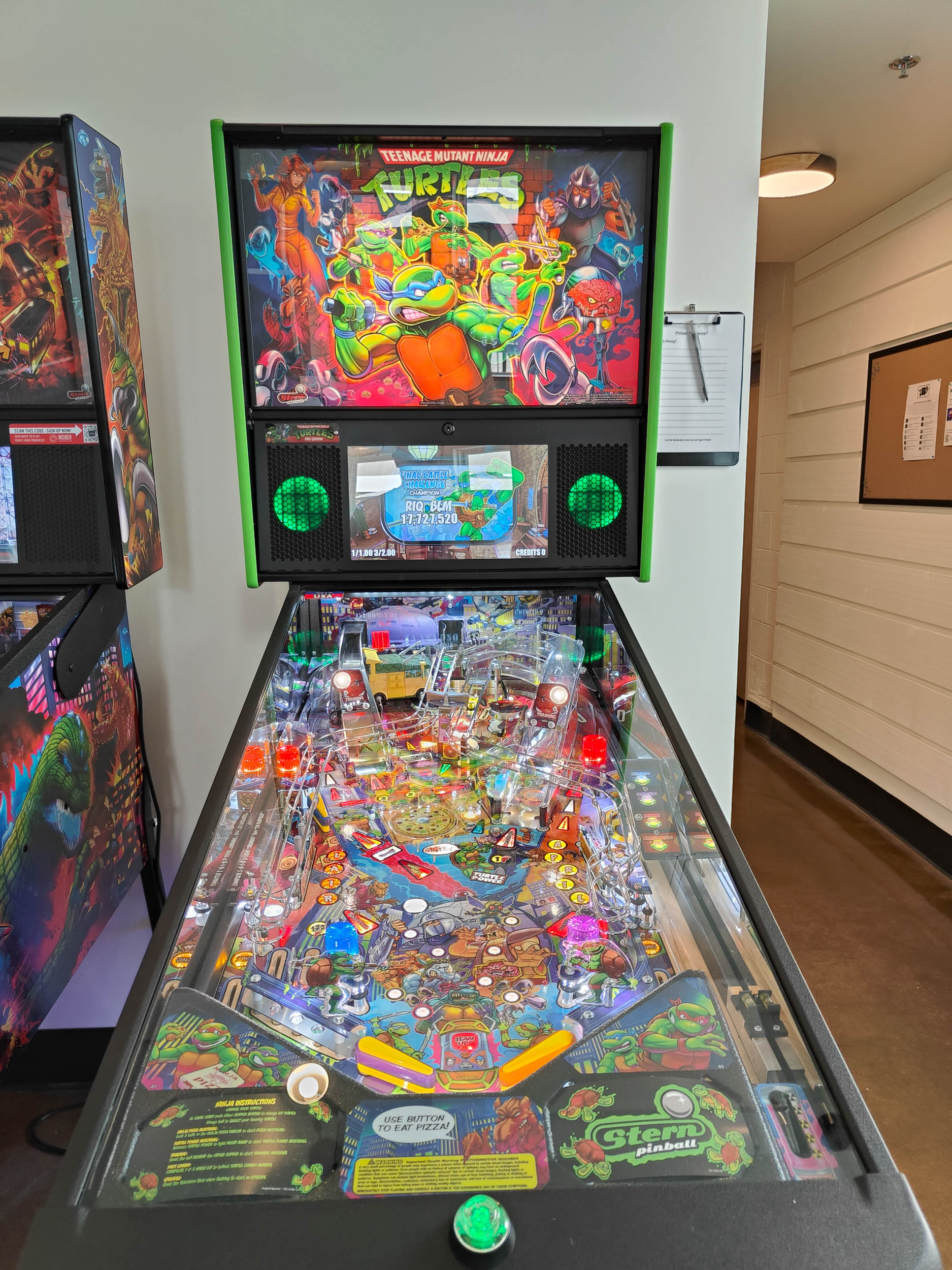 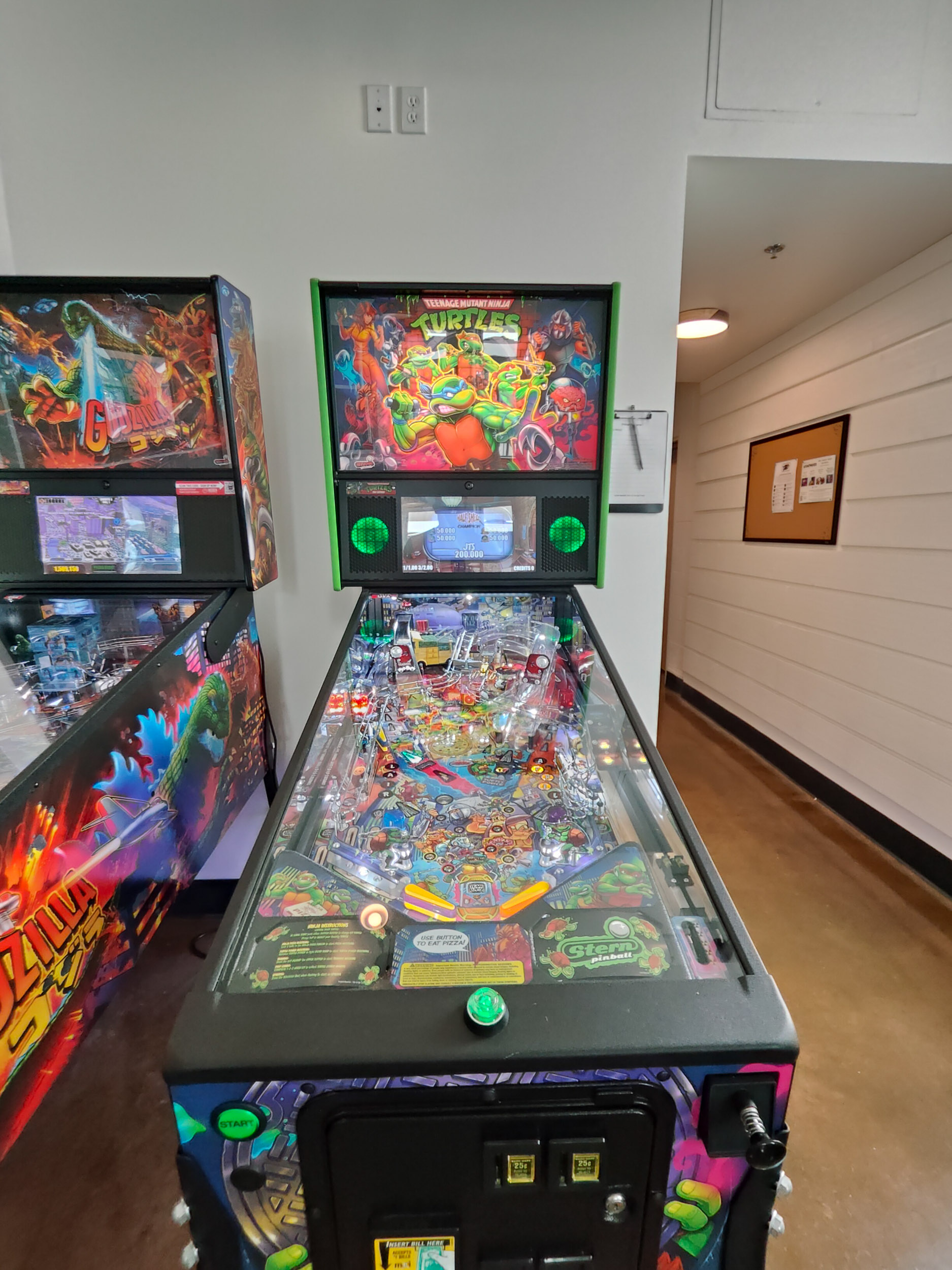 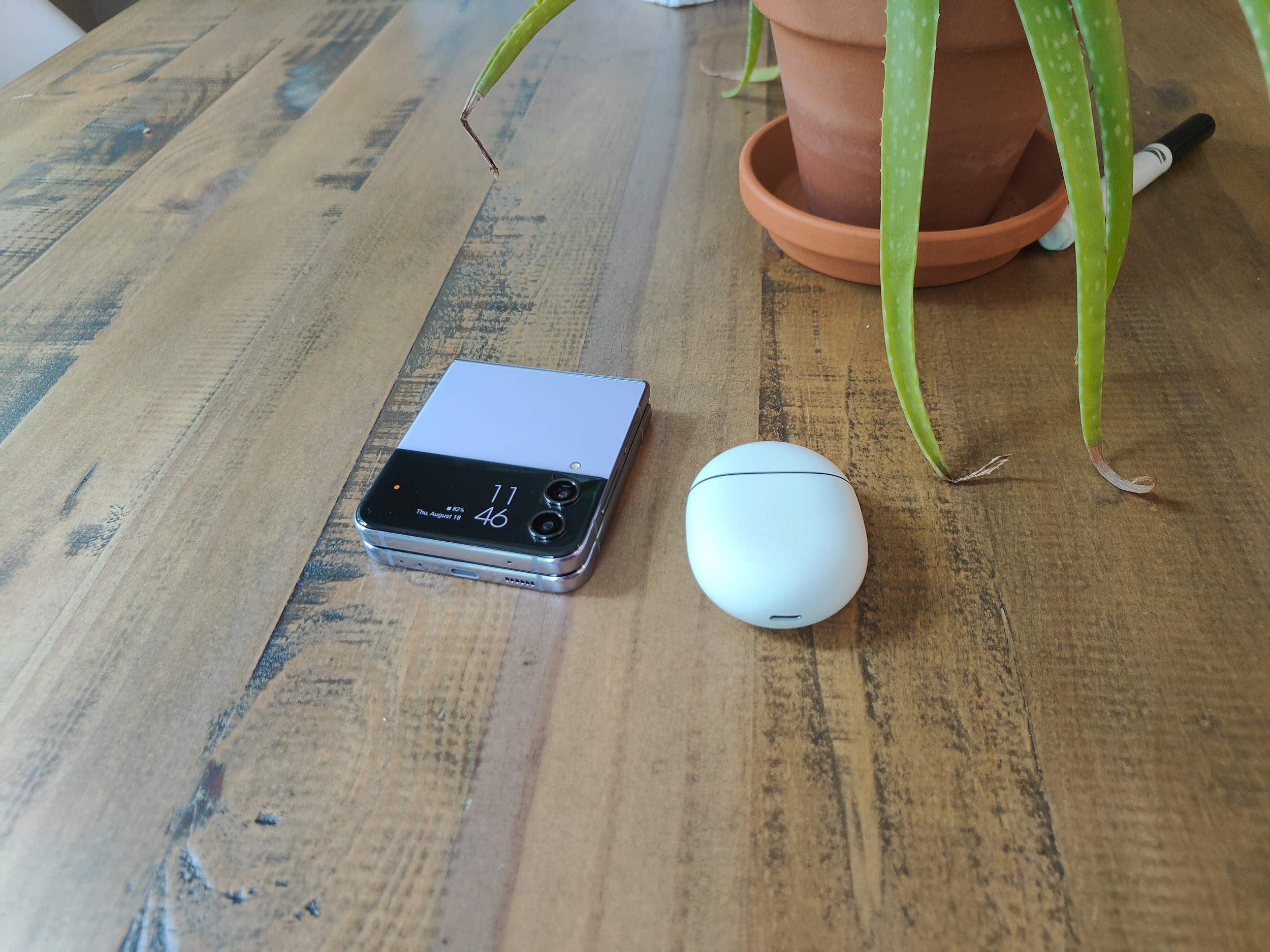 The cuts. I know I talked about this in the specs, but there were some notable cuts made to this OnePlus 10T that people should be very aware of before buying one. It doesn’t have wireless charging, a high-end camera system, an Alert Slider, or the premium feel of other OnePlus phones. This is a powerhouse phone with cuts to keep the price point where it is and that’s probably OK, just don’t approach this hoping to have it all. That’s what the “Pro” line from OnePlus is for. Think of this like a regular OnePlus 10 to the OnePlus 10 Pro.

Should you buy a OnePlus 10T?

The sales pitch for the OnePlus 10T is pretty straight-forward in my opinion. This is a phone for those who want a lot of power, who use their phone heavily throughout a day, and who would then need insanely fast charging to give them more time to use it without needing to be plugged in for long. This seems almost like a gaming phone when you describe it that way, and it might be that. You can spec it out with 256GB storage and 16GB RAM like a gaming phone, the display is big and at 120Hz, and yeah, the charging is ridiculous (in a good way). This has all of the markings of a phone you could play the most robust games on, even if OnePlus won’t specifically say that’s why they made it.

This phone isn’t for those who want a top tier camera, wireless charging, or the most premium build or feel. Since you aren’t paying the price that those extra specs would command, well, that’s all there is to say.