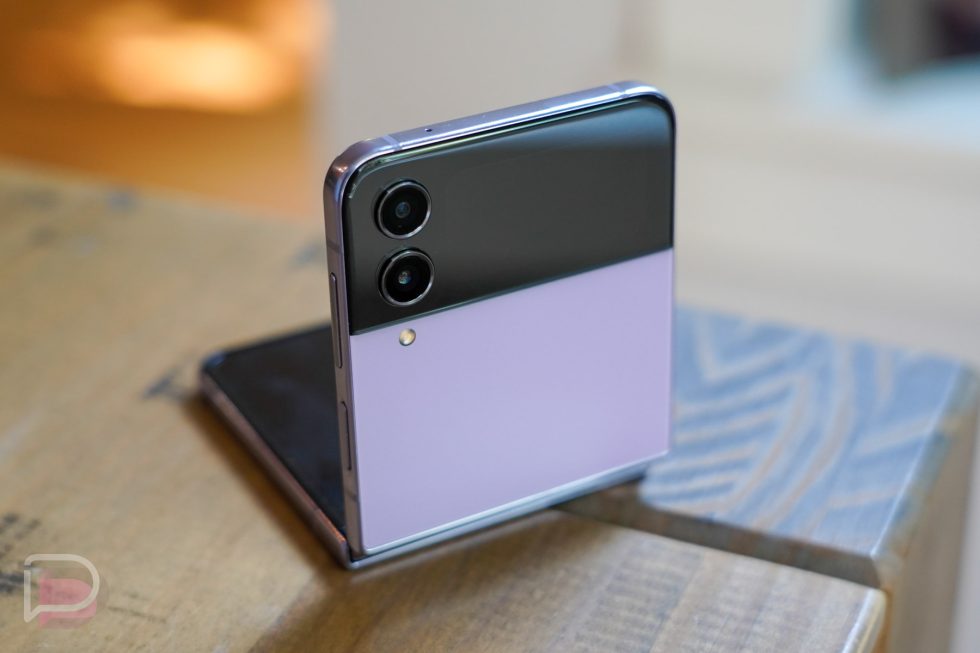 The entire suite of new Galaxy products has been up for pre-order since Wednesday and we keep checking to see if any of it is selling out. So far, not much has outside of a single online exclusive color of the Galaxy Z Flip 4, while the Fold 4 and both Galaxy Watch 5 watches can still be had with August 26 launch day delivery.

The first color of the Galaxy Z Flip 4 to sellout is the “Navy” colorway. The pre-configured version with navy is listed now as “out of stock,” plus if you try and use the Bespoke tool to capture a Flip 4 entirely in navy, it’ll show there as soldout too. Interestingly, if you Bespoke tool a Flip 4 and only put navy as a single panel, you’ll get a 3-4 weeks estimate. 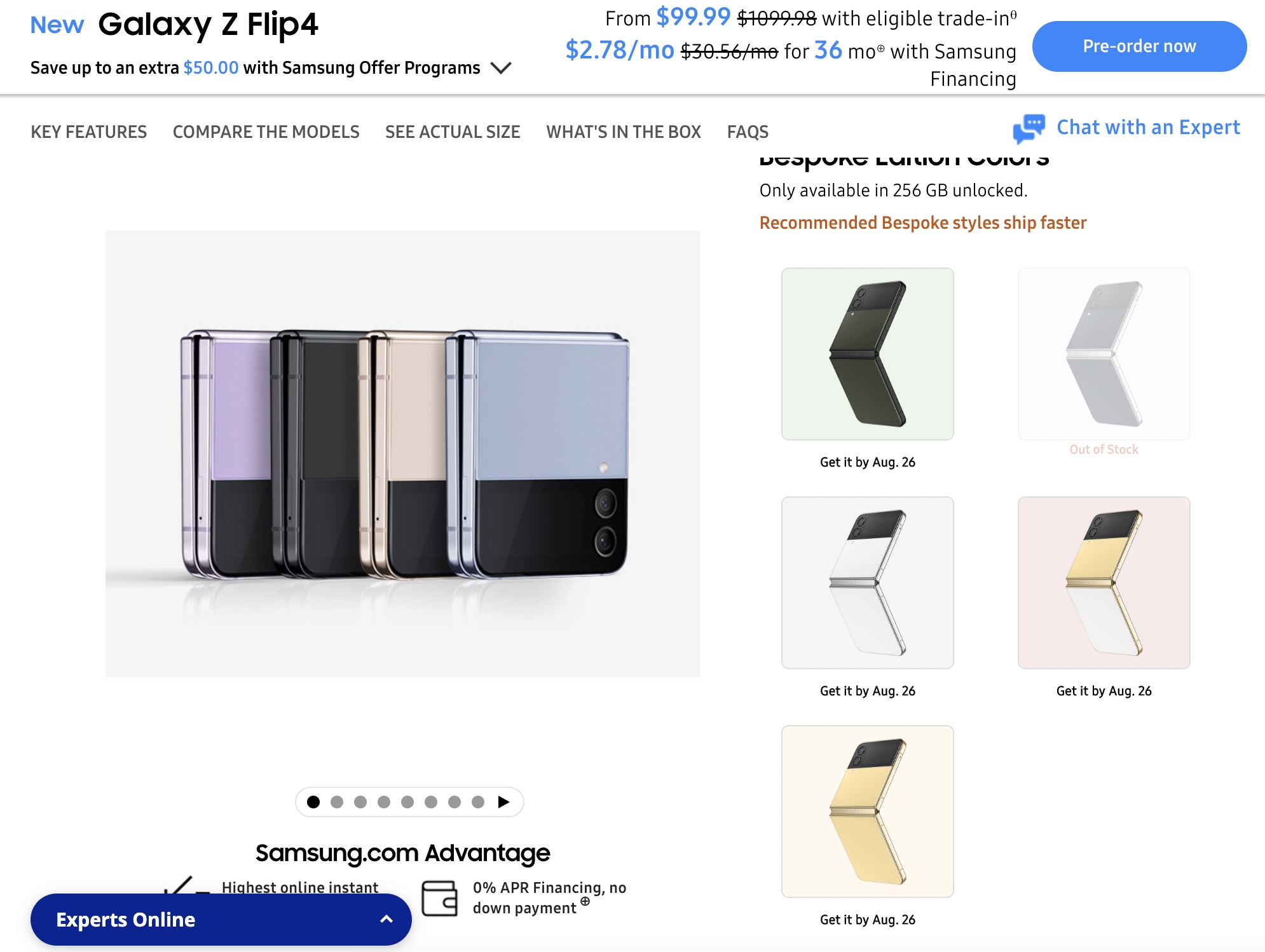 The only other item with even a slight delay is the goofy burgundy Fold 4, but it appears to be sticking to the advertised 3-4 week delivery. I wouldn’t actually consider it much of a delay.

Whatever the situation is here, I’ve got to admit that I’m surprised that more of the new Samsung devices aren’t soldout or with extended shipping times. As of right now, all four of the main Flip 4 colors will arrive on time (see here), as will the three main Fold 4 colors (see here) and the Galaxy Watch 5 and Watch 5 Pro in all configurations (see here).

Compare this launch to the Galaxy S22 from earlier in 2022 and they couldn’t have hit differently. Samsung’s dates for the exclusive online colors of the S22 Ultra started slipping almost immediately, which we know first hand because of Tim’s struggles to land one. Within a week, the dates further moved with estimates a full month out or even later.

We’ll keep an eye on shipping times over the next week or so to see how this launch changes. Will the situation start to match the Galaxy S22 launch or are the minor improvements in this year’s foldable line-up not enough to get people to bite? In my first couple of days with the Flip 4, I can tell you that the phone is very much like the Flip 3, but that doesn’t mean I’m not enjoying the hell out of it.