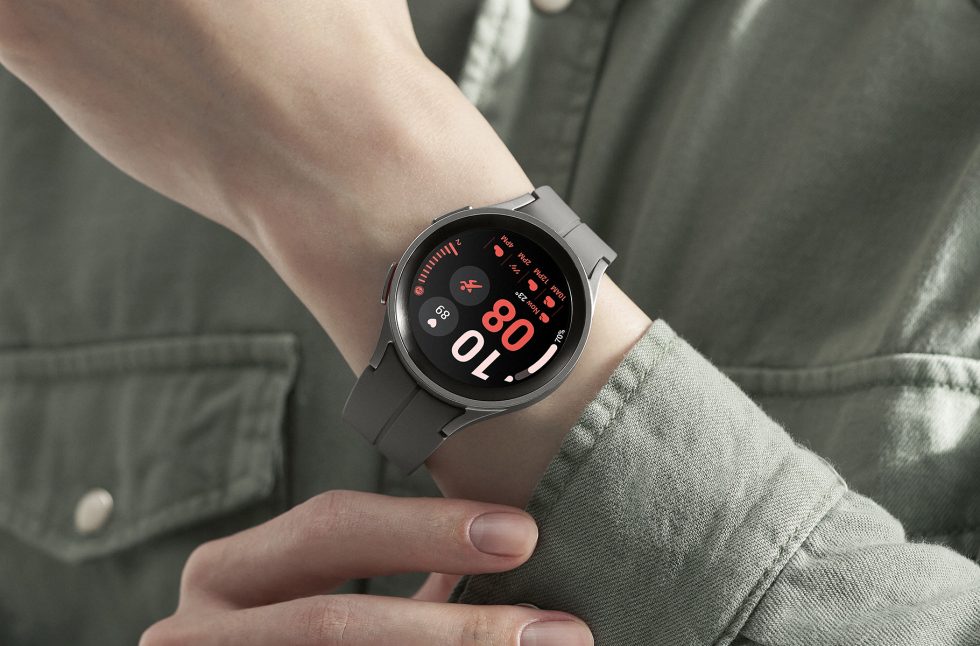 Of the two new Galaxy Watch 5 models announced, the Galaxy Watch 5 Pro is the one we’re most interested in. Not only is Samsung marketing it as an “outdoors” watch for the active type, they also gave it “Pro” name, as if it packs a number of extra features over the regular model. We don’t have one in for review (we did order one) yet, so we’re doing that thing we often do with Samsung launches – looking elsewhere for early impressions.

Thanks to Ray from DC Rainmaker, one of the best at reviewing sports watches, we have a first early Galaxy Watch 5 Pro review to analyze. He took the watch for a run to test GPS and heartrate accuracy, as well as battery life. The video he posted also compares some features of the Watch 5 Pro to the Watch 5, in case we didn’t do a good enough job of that earlier in the week.

The takeaways from this early and not-at-all-final review, show that the new Compass feature might have some initial issues, GPS accuracy is not bad and performs far better than the Apple Watch Series 7, heartrate accuracy was quite good after a slowish start, and that GPS battery life is probably closer to half of what Samsung is advertising. Daily battery without GPS is likely closer to 2.5 days vs. the 3.5 days advertised. Again, these are all early, first look numbers that could change over the coming weeks with more testing.

The video also dives into “Pro” features here and laughs a bit at what that even means because there aren’t really any pro features when you compare to other outdoor-focused sports watches. And I would tend to agree with that. In fact, Tim and I were joking earlier in the week about Samsung’s forced “outdoors” push for this watch, when almost nothing about the watch makes it better for outdoors than other Samsung watches except for GPX support and backtracking when navigating. These are not “pro” features and the rest of the watch is just the same as the Watch 5. It’s just silly branding.

Anyways, we’ll have our Watch 5 Pro soon enough and will do out own testing. If you were trying to decide now to get in on this awesome pre-order promo ($50 credit, free Charger Duo, and $240 off trade-in) , give the video below a watch.