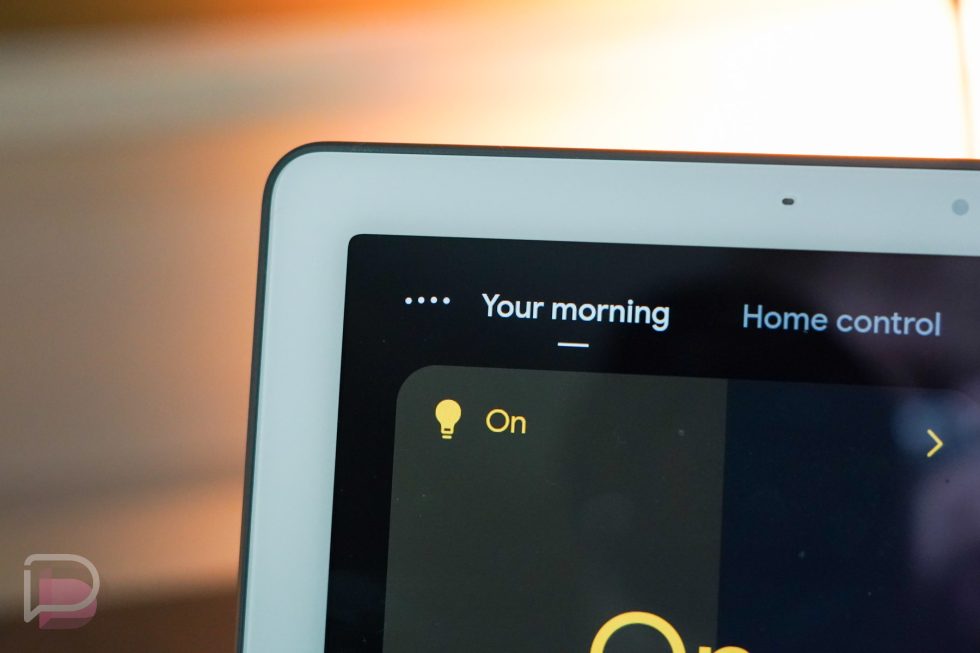 At Google I/O back in May, Google announced a feature for the Nest Hub Max called “Look and Talk.” The idea behind it was to allow users to interact with their Nest Hub without needing to say “OK, Google” and instead just looking at the device within a certain range. After now enabling this on my kitchen unit, I can say without a doubt that this feature is awesome.

The Nest Hub Max has a full-blown Nest Cam built into it, so that’s why Google is using this specific device to kick off the life of this “Look and Talk” idea. Thanks to Google Assistant on a Nest Hub being trained to recognize your face with Face Match, that Nest Cam can notice you are nearby and then start listening in case you have a command.

I turned the feature on earlier in the week when Google announced it was widely rolling out and I’ve used it numerous times. My kitchen unit is probably the best suited for this, as I can simply lean over from one corner of my small kitchen space to the other and fire up the Assistant. The simple tasks like setting a timer, managing multiple timers, asking for a recipe, adjusting the temperature in my house, looking at my front door camera, or calling my wife on Duo, I can now do with the dirtiest of hands and without having to shout that damn keyword.

This may sound like the simplest solution not worthy of such praise, but man, I’m one of those people who absolutely hates saying “Hey, Google.” Like, if I have to say that keyword to get something done, I will almost always just reach for my phone instead and either swipe from a corner to fire up Assistant or I just do the task manually from an app. I don’t know what it is, but that keyword is the worst. This has removed my need for it, plus it actually does save time in the kitchen when a matter of seconds can take you from perfectly cooked to burnt.

If you own a Nest Hub Max and want to try this, it’s really easy to setup.

Once setup, every time you come within 5-10 feet of your Nest Hub Max, you’ll see 4 black (or white) dots appear in the top of your display when it recognizes you and is waiting for a command. Should you fire off a command, you’ll see the familiar Assistant-colored dots appear and react. It’s magical, I’m telling you.

Of course, for the privacy-focused folks around, this may sound like your Nest Hub Max is constantly spying on you. I don’t know what to tell you there. I’m not here to change your mind on what Google is or isn’t watching – I’m just telling you that this feature works great for me when I’m in the kitchen doing that work.

For more help on setting up Look and Talk, hit up this Google Support page.