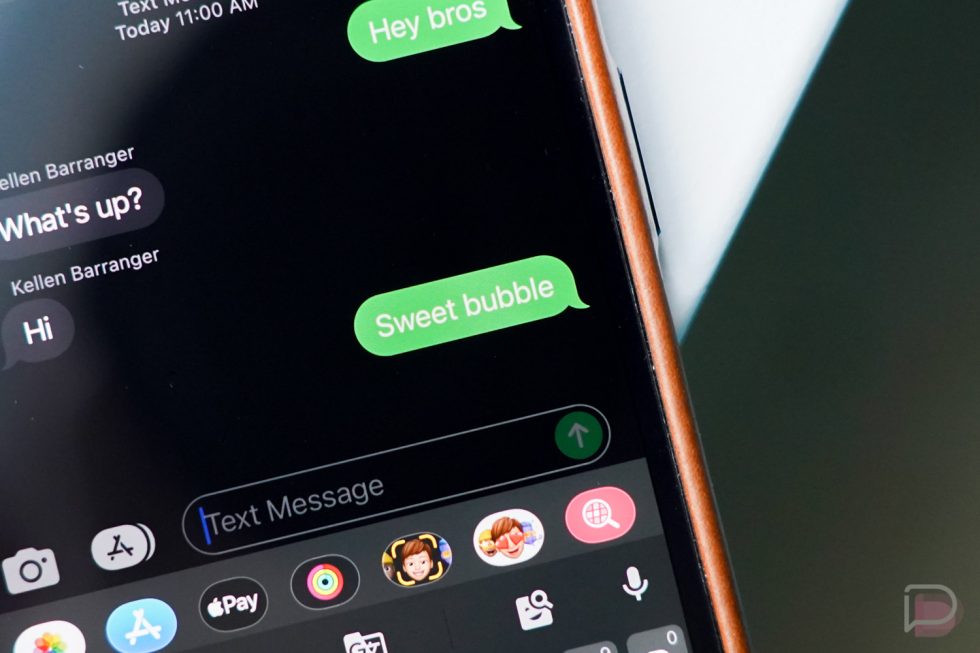 To start the weekend, Drake released a new album titled “Honestly, Nevermind,” a super vibey summer dance album that is unlike almost anything the rapper has released. Whether the singsongy form of Drake is your favorite or not, at least one of the songs helped spark an Android moment.

The third track on the album is called “Texts Go Green,” a reference to green bubbles in Apple’s iMessage. Drake is likely referring to a person getting a green bubble after they are blocked, but Google looked at this as a moment to once again pitch RCS to Apple.

In a video explainer, Google talks about green bubbles that show up when your Android phone texts an iPhone. We all know the toxicity surrounding the color of the bubble that appears when you message an iPhone, and yeah, it probably is a problem Apple should try and fix. Google mentions that in suggesting that someone from Apple’s “super talented engineering team” could fix this. In fact, Google’s video says specifically that “this is a problem only Apple can fix.”

#TextsGoGreen hit us different, that’s why we had to drop this unofficial lyric explainer video #GetTheMessage 💚😏 pic.twitter.com/dPxt9yZjCG

What’s the fix? Apple would need to adopt RCS or Rich Communication Services. RCS is the advanced messaging that Android phones use now, which allows for proper media sharing, bigger group texts, messaging over WiFi, and encryption (only in 1-on-1 conversations for now). RCS is great, but Apple has had all of its features (and then some) built into its own messages app for some time. Apple has (successfully) used iMessage as a major selling point for iPhones for years and really has no reason to consider RCS, outside of stopping the green bubble nonsense.

On a funny note, Google actually Tweeted this #TextsGoGreen video two other times, but deleted because they first forgot the hearts at the end at first and then used too many hearts on the second one. I saw the Tweets as Google was posting them Saturday and kept wondering where they went. They finally settled on ending in just a single green heart.

Anyways, who knows if Apple will ever adopt RCS. I’m not sure they’ve talked about it much publicly. One thing we do know is that they were strongly considering bringing iMessage over to Android at one point, only to shutdown the idea because they knew iMessage helped keep iPhone owners on new iPhones.