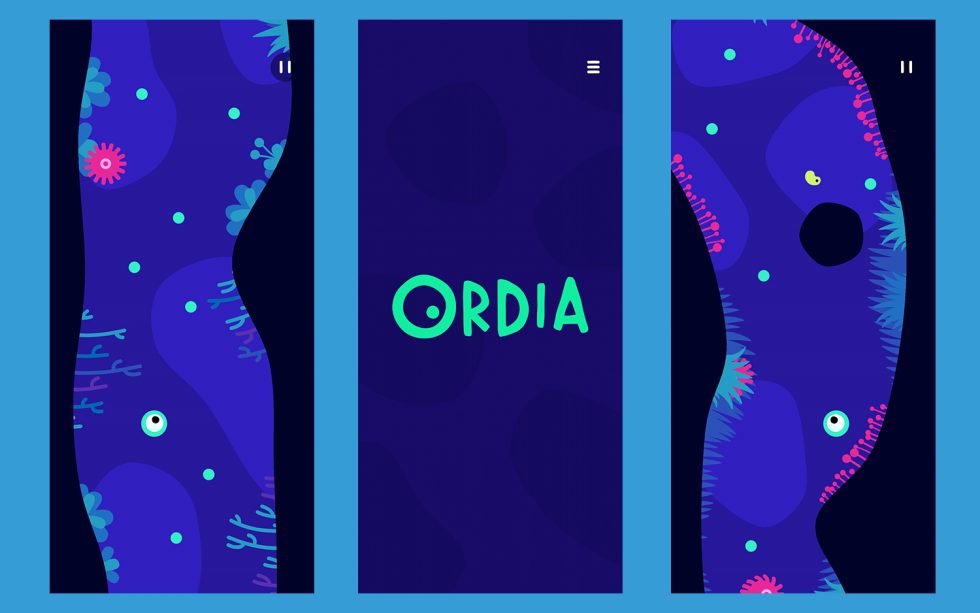 I’m always looking for a good mobile game to pass the time. Who isn’t? I was recently going through Google Play and came across a game called Ordia. It looked easy to learn based on the trailer, so I bit the bullet and paid the $5.49 asking price to give it a try, knowing that I could get a refund if I didn’t care for it. This was before I realized there was a free demo version, naturally. It ended up being a non issue, as Ordia has quickly become a favorite of mine.

The game’s beauty is in its simplicity, but don’t let its approachable first few levels allow you to think this is some kiddy game that won’t get challenging. It does get hard, especially for the completionists among us. In the game, you play a little blob fellow who you fling from dot to dot, avoiding creatures and objects that want to destroy you. You’ll need good timing and good aim to make it through the levels. Within the levels, you’ll see items scattered throughout. Collecting these items can be rather difficult, but if you can get creative, it adds a very rewarding/challenging puzzle-like aspect to the game.

As I mentioned, the full game costs $5.49, but you do get plenty of bang for your buck. There’s a killer soundtrack, lots of levels, as well as bonus levels and achievements. Try the demo at least and see what you think.