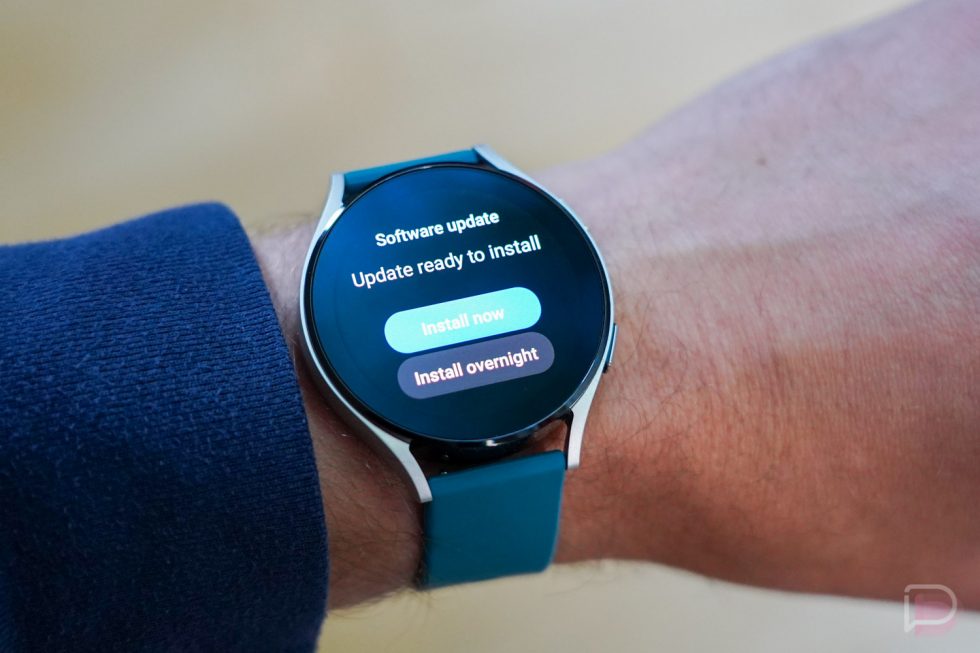 Back in late May, Samsung announced the first ever One UI beta for Galaxy Watch 4 owners. For those who enrolled into the program, the first beta build of One UI 4.5 is now rolling out, as confirmed by multiple users.

According to the changelog that accompanies watch builds R870XXU1ZVE7 and R870OXM1ZVE7, Samsung has packed quite a bit of stuff inside, but there’s at least one vague item that isn’t explained well enough. For example, Samsung lists “watch screen has been upgraded” and we’re entirely unsure of what that means. However, sweet stuff that makes complete sense is Dual SIM support, QWERTY support for the native keyboard, upgrades for the alarm, plus new complications for the watch faces.

Overall, a solid beta, if you were quick enough to enroll. Currently, the program is not taking new members, but we’ll try to keep an eye on it and let you know when it’s open for new sign ups again.

Go get that update!