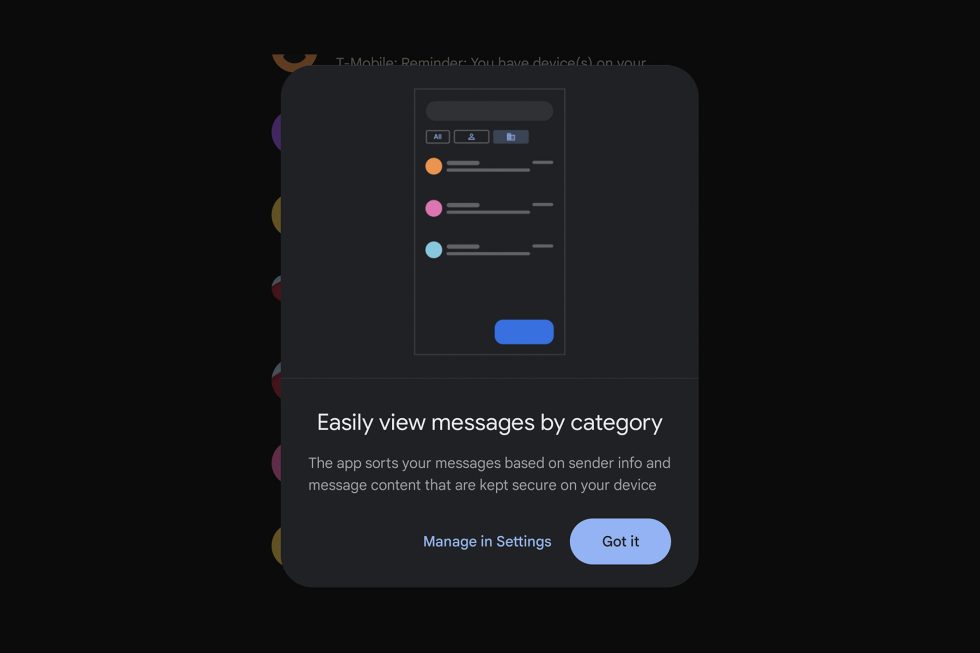 In early March, Google announced a large batch of new features for Google Messages, all of which weren’t really given specific dates for arrival. The only thing we were told was to expect them over the “coming weeks,” in classic Google fashion. Today, at least one of them should be widely rolling out through the beta track.

The feature I’m referring to is for those who like a tidy Messages experience. Google referred to it as an “organized inbox” that brings 3 tabs to Messages: All, Personal, and Business. Once you get this update (build 20220406_05_RC00), your Google Messages app will tell you about the new categories upon opening it for the first time.

It explains that the “app sorts your messages based on sender info and message content that are kept secure on your device.” For me, that has meant texts to an actual person land in “Personal,” while all of the texts I get from my bank or carrier or as a one-time passcode all end up in “Business.”

Don’t want your Messages setup with these new categories? You can turn the organized inbox off by heading into Messages settings>Message organization and then toggle off “View messages by category.” In that settings area, you can also set a primary category, in case you want to see Personal every time you open the app. 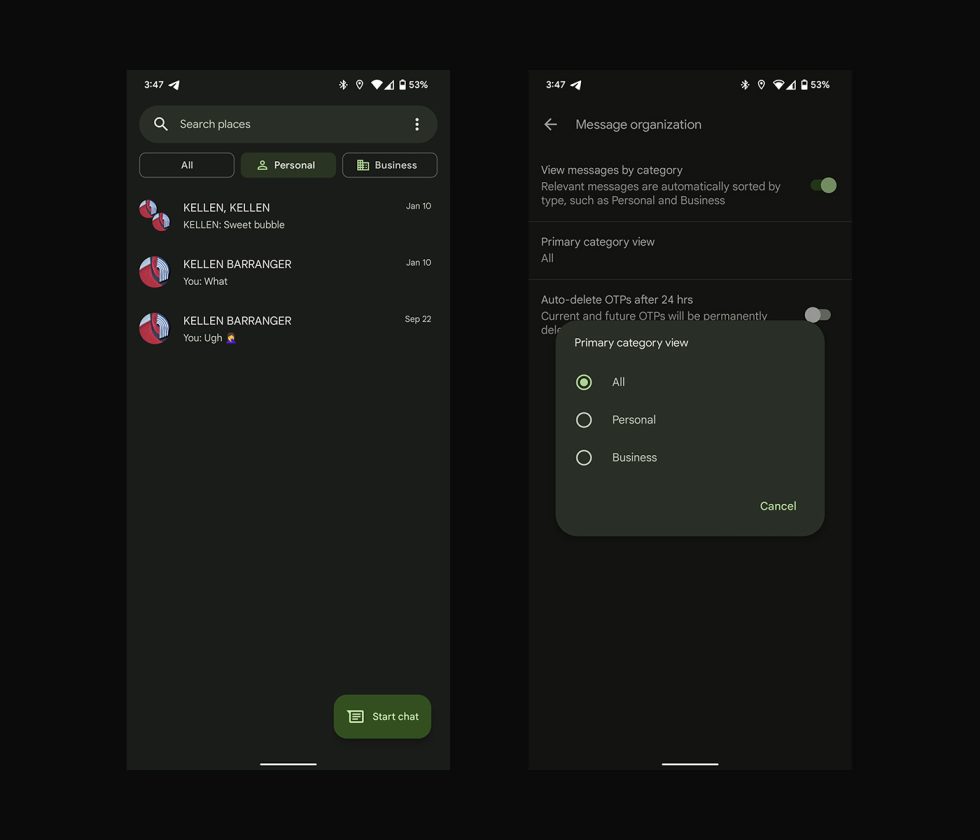 Again, this update appears to be rolling out through the beta program for Google Messages. If you don’t have it or aren’t in the beta, hit that link below from your phone and find the sign-up button within the listing.