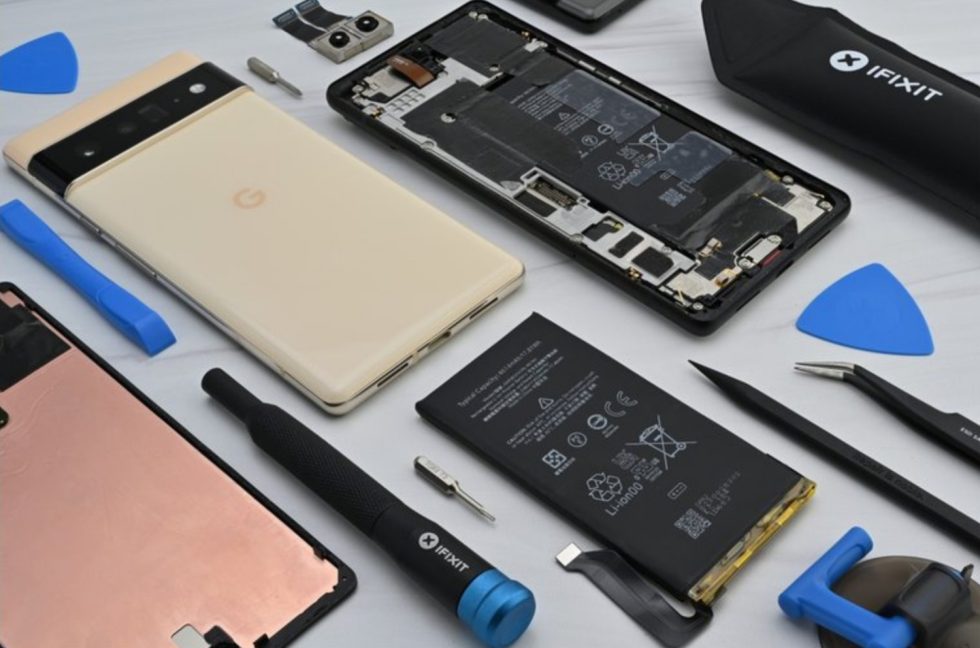 Google announced a new partnership with our friends at iFixit this week, one that will have Pixel owners fixing their phones up with official Pixel parts and iFixit-branded toolkits.

According to Google, customers will be able to find spare parts for “common Pixel phone repairs,” which will include batteries, replacement displays, cameras, and more. The parts will be made available individually or as part of iFixit’s Fix Kits, which typically offer all the tools you’ll need to fix a specific device.

Supported Pixel phones will be the Pixel 2 through the Pixel 6 lineup, and yes, will include future Pixel phones. Want to get in on this? Google says the program will launch later this year.

It’s pretty sweet to see companies like Google and Samsung doing this. It’s a win-win.