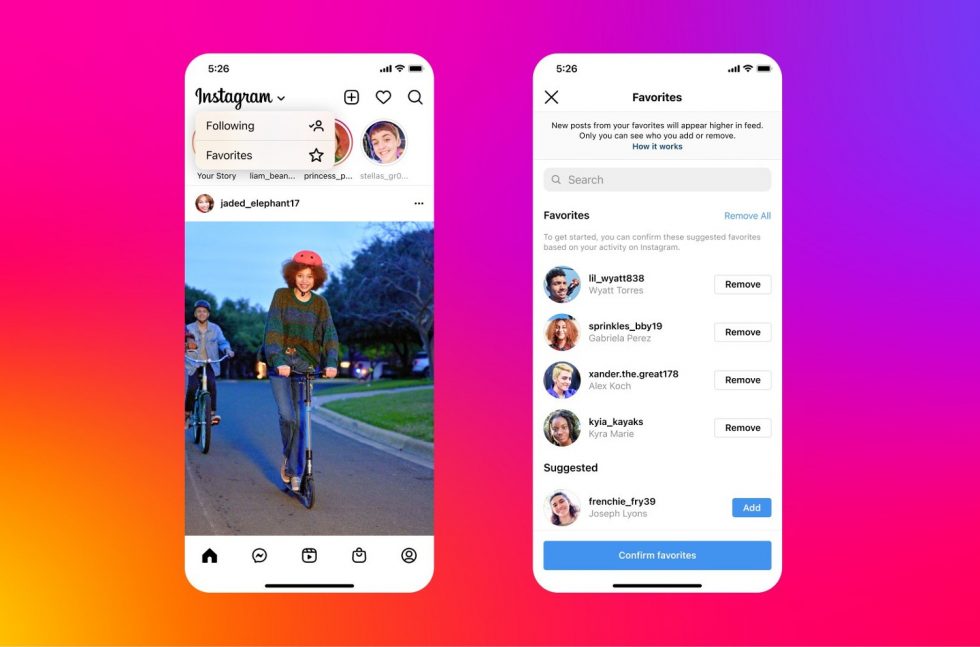 By default, the app will stick with its algorithm-powered Feed, but users can access the new feeds by tapping the Instagram logo. For Favorites, it’s a feed of your favorite follows, with Instagram allowing for up to 50 accounts to be added to the feed. No one is notified when they are added or removed from your favorites. Following, as one might imagine, is all of the accounts you follow in one chronological feed. You know, the way it should always be and never should have been changed.

Instagram has claimed that the old chronological feed had many users missing posts, but if that was such a big deal, users can always add notifications to the accounts they don’t want to miss. I’d much rather miss a post or two than have to deal with Instagram’s constant suggestions, sponsored posts, and recommended accounts nonsense.

Honestly, I’ve grown to despise Instagram and Facebook, so I’m not 100% sure a chronological feed can save the platform for me, but dammit, I’m willing to at least give it a shot.