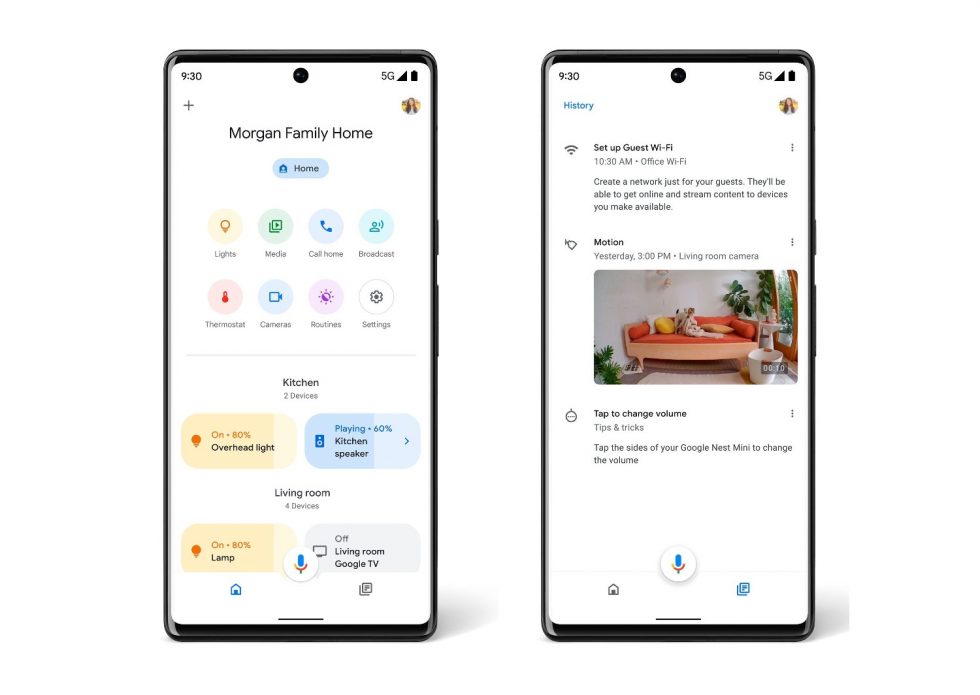 Google announced this week an inbound change for the Google Home app, one that brings new quick device controls to the app’s main overview page, identical to the device controls that were first introduced in Android 11.

The controls will allow you to tap to turn on/off devices, and just like the controls on Android 11, users can just hold and slide across the controls to manage whatever they’d like, such as light bulb brightness and more. Google also notes improved privacy controls in the latest update.

Later this month, we will make improvements to the home feed to help you better understand what’s happening in and around your home. The update automatically sorts your home’s recent and most important events in an updated clutter free layout. Grouped events will help you understand what happened around the same time instead of scrolling through a list of repetitive events.

Be on the lookout.